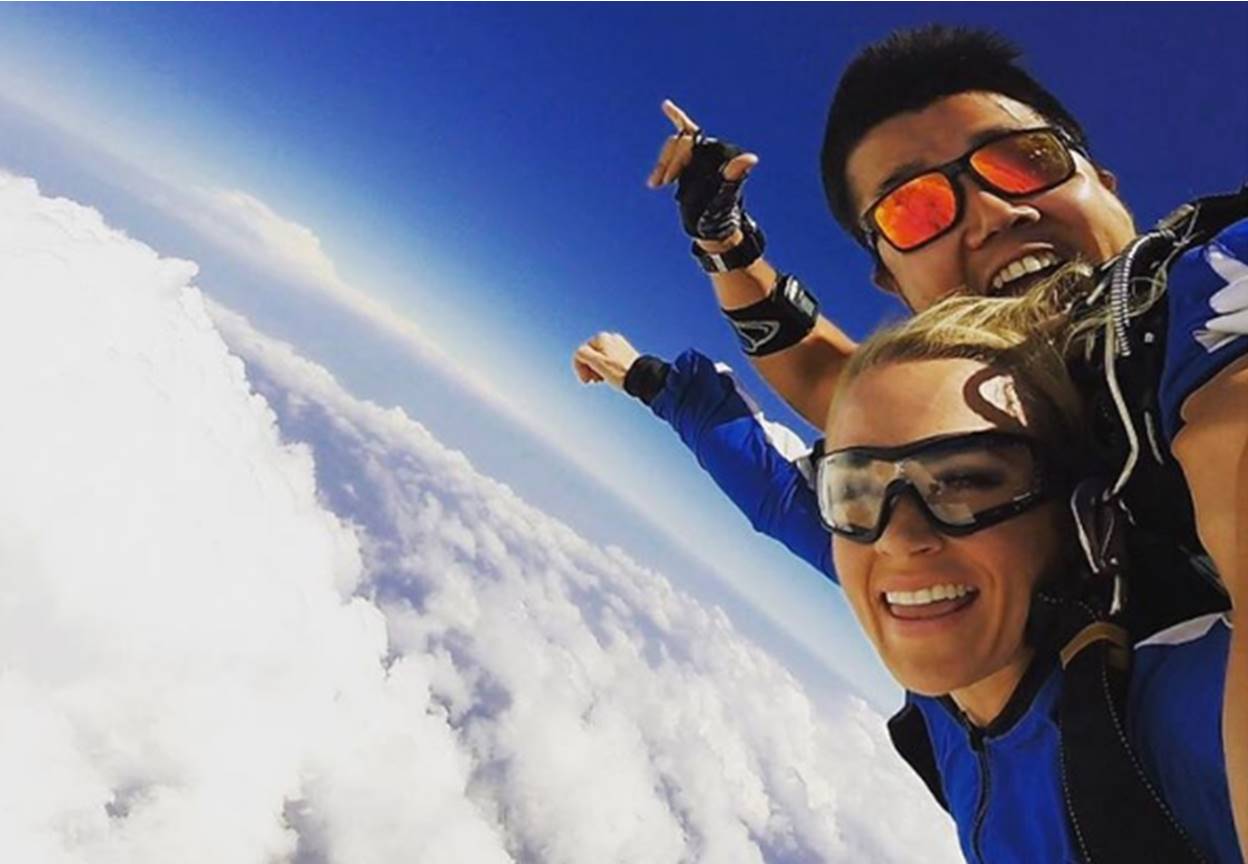 Country music superstar Carrie Underwood is certainly a thrill-seeker! While touring with Keith Urban on his Ripcord Tour, the singer-songwriter and some of her crew decided to go on an Australian skydiving adventure.

Carrie dropped some clever clues about her daring plans via Instagram with a video medley sing-along which included John Denver’s “Leavin’ on a Jet Plane,” The Pointer Sisters’ “Jump (For My Love),” Tom Petty’s “Free Fallin’,” Chris Stapleton‘s “Parachute,” and Tim McGraw’s “Live Like You Were Dying.”

Enjoy Carrie and her pals getting mentally— and musically— prepared!

What are we doing today?

Still can't believe I did this! #skydiving #sydney

Ok, one more because this filter makes us look like superheroes! #sydney #skydiving #freefalling #ItsABird #ItsAPlane

They did it! No crying or need for new pants here…

Okay, that actually looked pretty fun. We wonder if Carrie’s crew will be a little leery in the future when the songbird mentions plans for “team-building exercises.”

Share this intense adventure with other fans of Carrie Underwood!