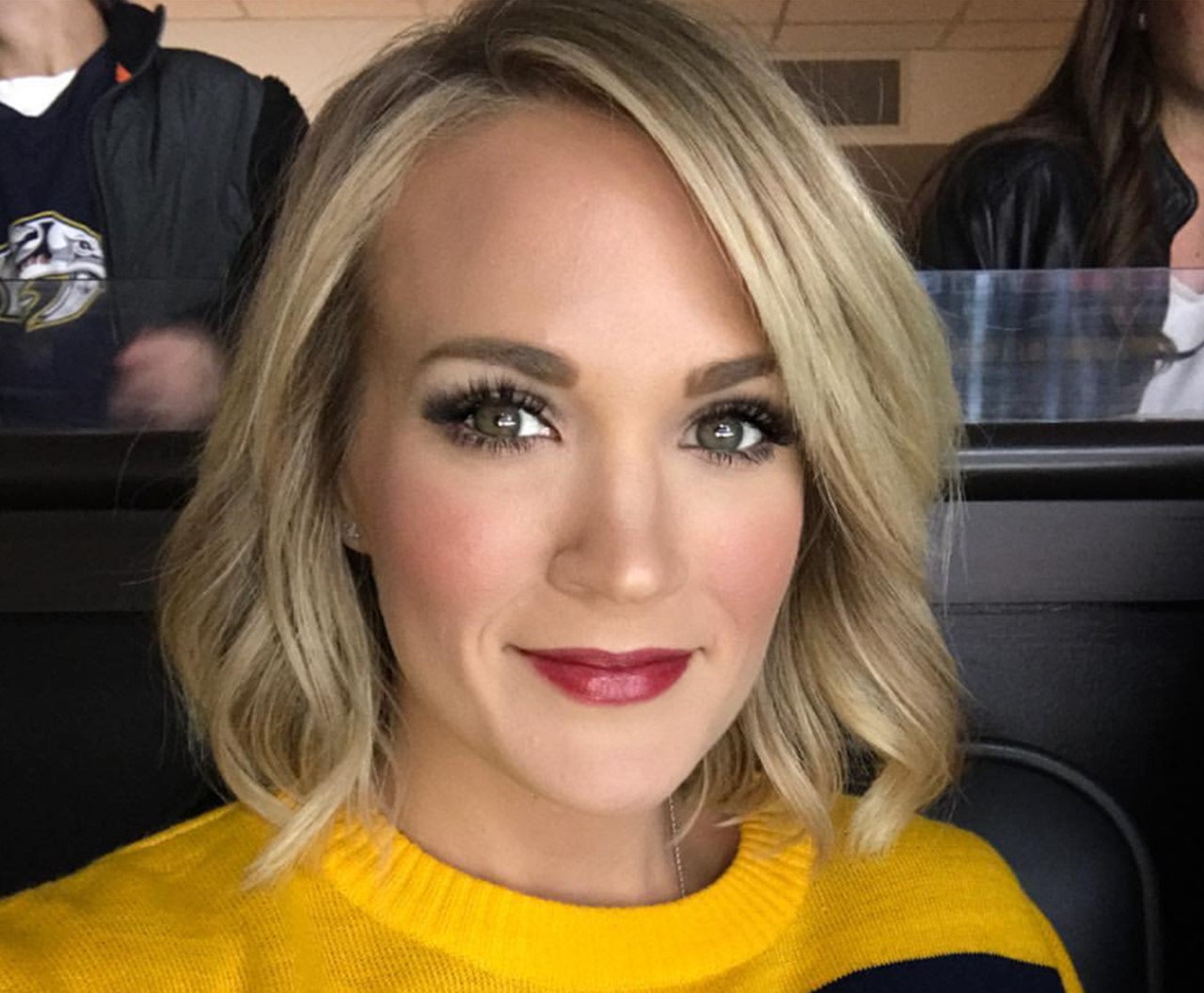 Country music superstar Carrie Underwood may be taking some time off the road in 2017, but she certainly hasn’t disappeared! The “Dirty Laundry” songbird recently aired some of her less-than-stellar style moments during a chat with People.

“[My] worst hair moment ever would probably be me in the sixth grade when I decided that my bangs should have crazy amounts of gel … [and] I had a perm at some point, when I was like 14. That was a bad idea,” confessed Underwood, who also admitted to having issues in the eyebrow department.

“Growing up in the ’90s I feel like the thin eyebrow was definitely a thing and I, like so many others, overdid it,” the singer-songwriter quipped. “They never really grew back the way they were supposed to so now I am very happy that they do have eyebrow pencils, so I can fix what I did to myself when I was young.”

It's not Thursday, but enjoy this little throwback nugget…no wonder I never had a Valentine! PS: I think "crazy hair day" at school was to blame for this particular choice in styling!

What many fans may not know is that early in her career, Carrie rocked braces. “I had to get braces [more than once]. I actually had them on the bottom for like three months while I was doing red carpets, but no one knew – so I felt like I had a secret.”

Speaking of secrets, the vocal powerhouse also recently participated in Refinery 29’s ‘29 Questions’ segment. Carrie talked about her first job back in Oklahoma, her celebrity style inspiration, her favorite scary movies, and more. Watch the entertaining interview below!

We love what she has to say at the very end to her fellow ladies, “Support other women. Tell somebody that they’re beautiful.”

And yes, little Isaiah is really something special to be proud of. Listen to his sweet giggles below!