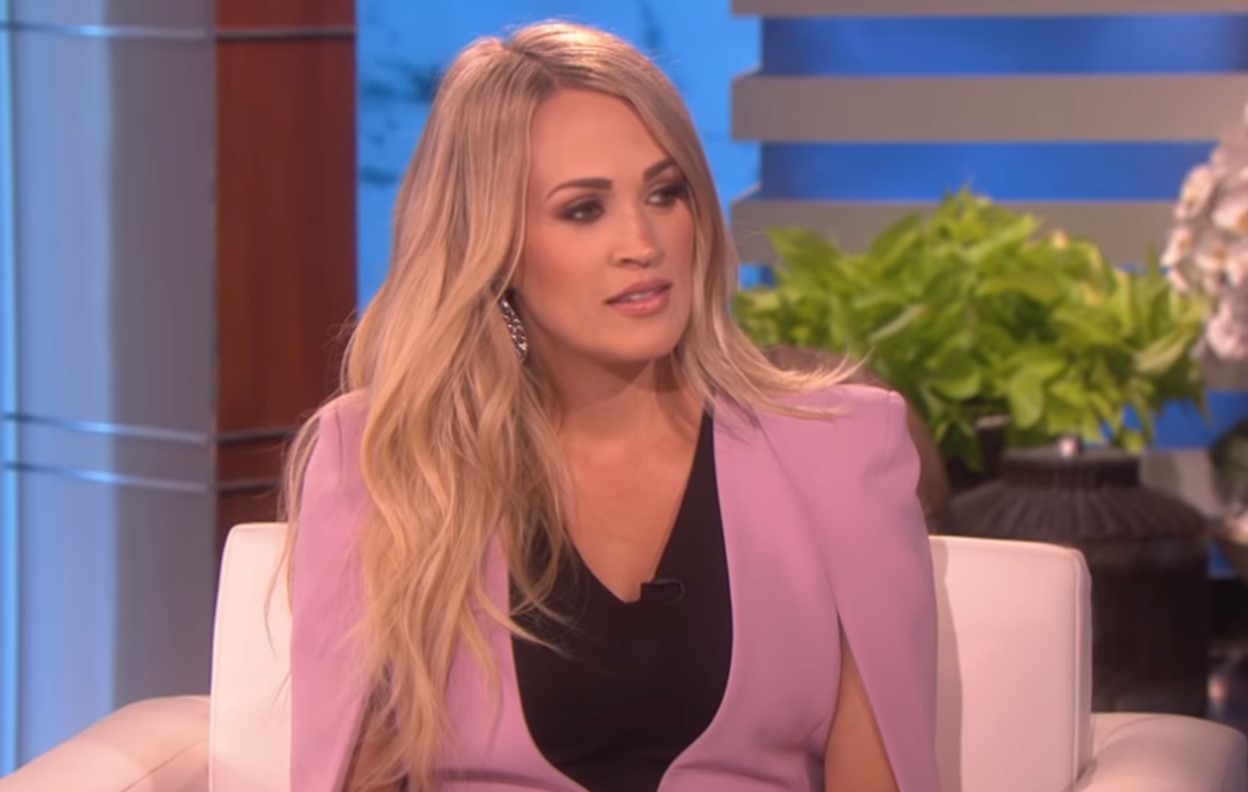 Country music entertainer Carrie Underwood knows the gender of her second baby, but is keeping that information under wraps for now...

Country music superstar Carrie Underwood is opting to keep her second baby’s gender under wraps. While on The Ellen DeGeneres Show, the “Love Wins” singer explained that she and her husband husband, Mike Fisher, “like to kind of just hold onto things for a minute. I feel like everybody just knows everything about everybody, so we just like to have a little secret for a little while.”

“I feel like I didn’t look pregnant and then I woke up and I looked like this,” Underwood quipped when Ellen tried to get her to talk more about her pregnancy’s progress. “So I feel like the second one is just … I feel like you’re just trying to get me to talk about it so I’ll say ‘he’ or ‘she.’”

Underwood totally played it cool when Ellen shared multiple times that she thinks the baby is a girl.

Of course, Carrie Underwood’s son Isaiah and his love of potatoes also came up during the interview. Yes, the little one has access to plenty of toys but spuds have become some of his ‘best buds.’

“He had four of them that he would carry around everywhere,” Underwood recently confessed while on The Bobby Bones Show. “I had to, one by one, throw them in the trash because they were getting funky. They were past cooking.”

While they we under the 3-year-old’s care, the potatoes got VIP treatment, “One got a boo-boo. We had to put a Band-Aid on it, and it was just a thing,” the artist shared.

Hopefully little Isaiah will care for his younger sibling just as well!

As Carrie waits to welcome her second child into the world, she is busy promoting her latest album, Cry Pretty, and will be performing at the 2018 American Music Awards. She is also up for the Favorite Female Artist: Country honor. The ceremony will broadcast live from the Microsoft Theater in Los Angeles on Tuesday, Oct. 9 at 8:00pm EST via ABC.