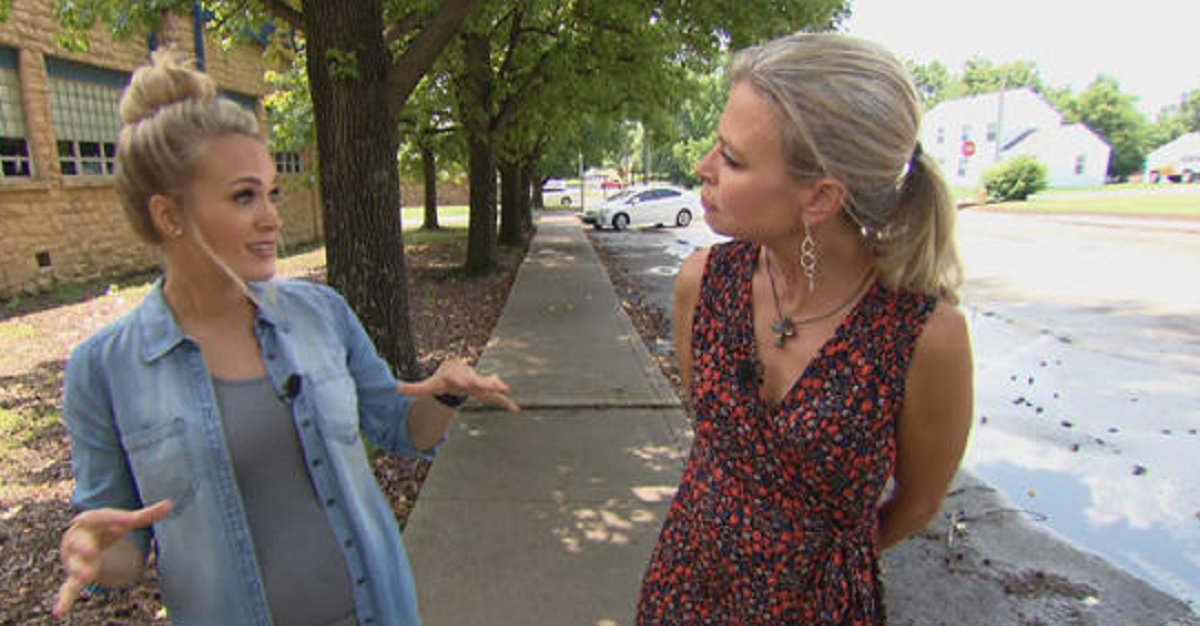 Watch Carrie Underwood's recent interview with CBS news where she reveals making it through 3 miscarriages in 2017 and early 2018.

In a new interview with CBS’ Sunday Morning, 35-year-old country music superstar Carrie Underwood revealed that she has suffered through three miscarriages since early 2017.

In the video below, Carrie reveals that she was pregnant in 2017 and the pregnancy ended in a miscarriage. She became pregnant again in the spring of 2017 and in early 2018, but neither pregnancy went full-term. After three heart-breaking miscarriages, Carrie became pregnant again mid-2018 and at one point feared the worst. The singer-songwriter reveals that she prayed to God and snuggled with son Isaiah the night before her doctor visit. While she feared another miscarriage, Carrie instead got some happy news.

Watch the CBS interview with Carrie below!

“Mike was away just for the evening, and I texted him, and I was like, ‘I don’t really want to be alone, so I’m just gonna go snuggle with Isaiah.’ And I don’t know how I didn’t wake him up, but I was just sobbing,” Underwood candidly shared. “And I was like, ‘Why on Earth do I keep getting pregnant if I can’t have a kid? Like, what is this? Shut the door. Like, do something. Either shut the door or let me have a kid.’  “And for the first time, I feel like I actually I told God how I felt. And I feel, like, we’re supposed to do that. That was like a Saturday – and the Monday I went to the doctor to, like, confirm, another miscarriage. And they told me everything was great!”

Carrie also revealed many of the songs on her Cry Pretty album came from the difficult experience of suffering through her fall last November and her miscarriages. The title track takes on a whole new depth now that fans know what she’s been trough recently.

In this recent interview with the Cracker Barrel Old Country Store, Carrie also discusses her Cry Pretty album and co-writing nine of the songs.

The Oklahoma native’s sixth studio album dropped on September 14th. In support of her latest, the star will be embarking on The Cry Pretty Tour this spring with special guests Maddie & Tae and Runaway June.

Remember to “share” this with other Carrie Underwood fans.