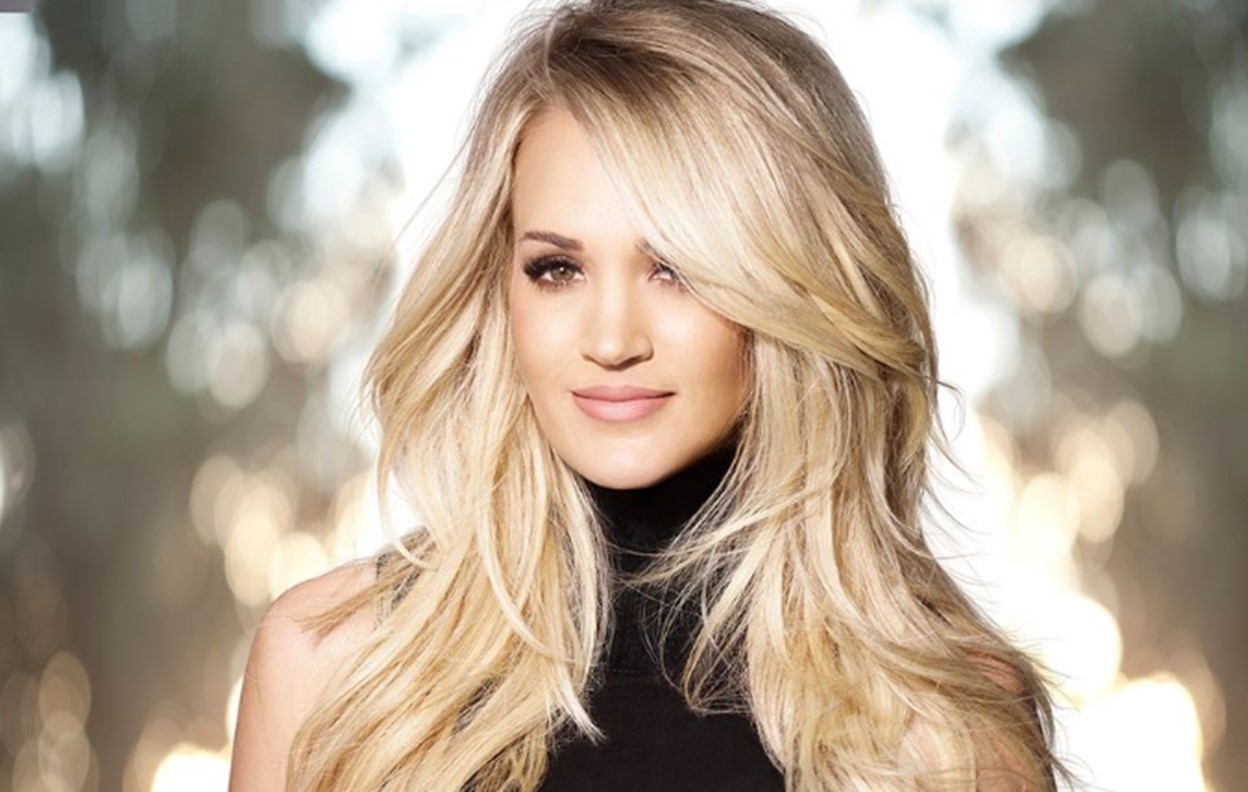 Country music singer-songwriter Carrie Underwood graces the cover of Redbook‘s September issue and also provides the lead story. As fans know so well, the Oklahoman broke her wrist and suffered a facial injury last November after falling on the stairs outside of her Nashville home.

Needless to say, the recovery process was an emotional roller coaster. The artist, however, has learned some important lessons from the mishap and has also let her feelings inspire her songwriting.

“Any time someone gets injured, it looks pretty bad in the beginning, and you’re like, ‘What is this going to wind up like?’ You just don’t know. It was also a perception thing, because I look at myself [now] and I see it quite a bit, but other people are like, ‘I wouldn’t have even noticed.’ Nobody else looks at you as much as you think they do. Nobody notices as much as you think they will, so that’s been nice to learn,” Carrie reflected.

Being well-known made Carrie’s injuries and temporary absence from the spotlight the focus of a lot of media fodder. Some went as far to claim the whole thing was a ‘publicity stunt’ or a cover for getting plastic surgery.

“I’m on some magazine every other week for something crazy. It’s a little sad, because the truth is just as interesting I wish I’d gotten some awesome plastic surgery to make this [scar] look better,” the stars admitted. “But I try not to worry too much about it. My mom will be like, ‘Did you see they are saying this about you?’ And I’ll be like, ‘Mama, I don’t care. I’m just trying to raise my son and live my life.'”

Through all the unpleasantness, Carrie had her husband Mike Fisher and young son Isaiah by her side. While many would say that Carrie ‘has it all,’ she’s very much human and also faces doubts about herself.

When it comes to self-confidence, Carrie has some solid advice for young women: “The first thing I would tell them is that we’re all insecure; that’s just called being human. I feel like the most important thing to realize is that even people who seem to be super confident have insecurities that they are dealing with. Honestly, you just do the best you can. Don’t worry about things you can’t change.”

The country superstar’s words can really apply to anyone at any age. Underwood’s upcoming Cry Pretty album is set to be released on September 14th.