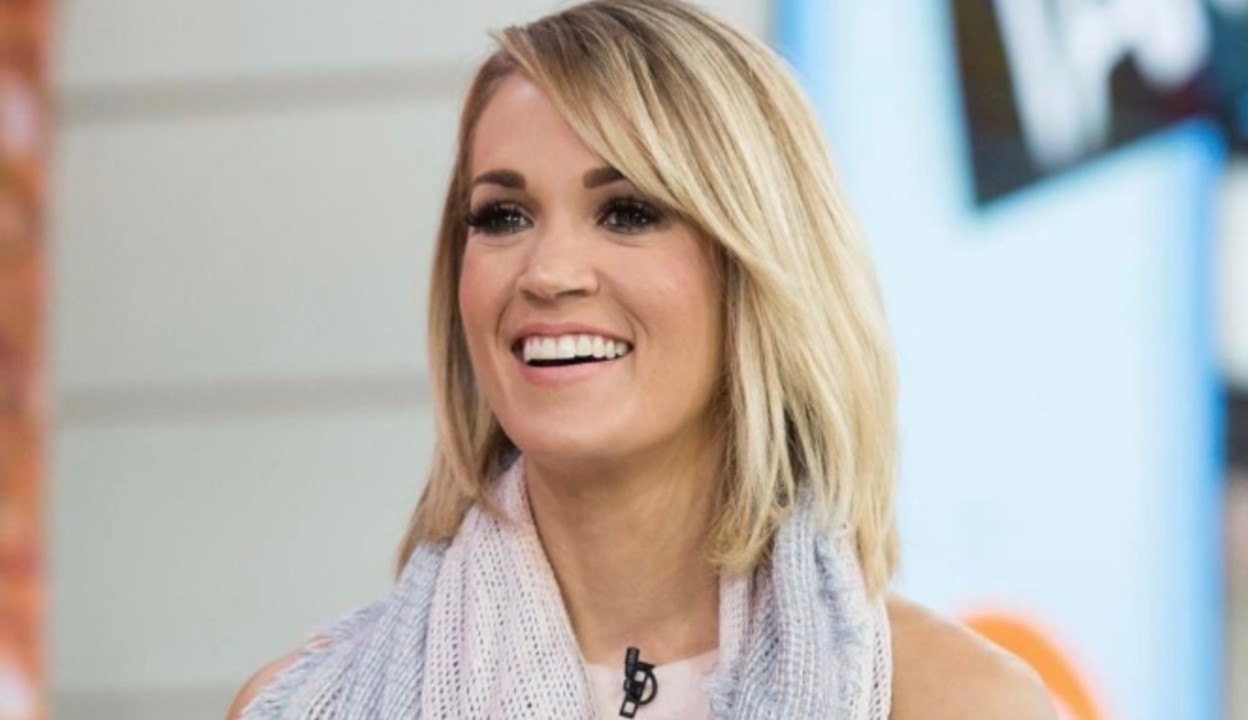 The state of Oklahoma announced its 90th class of Hall of Fame inductees, and Oklahoma native Carrie Underwood was among the honorees!

On November 15, 2018, at the Cox Convention Center, Carrie Underwood was officially inducted into the Oklahoma Hall of Fame.   Watch her induction speech and learn more about her rise to fame below.

On top of receiving that huge honor, Carrie Underwood at the time had just won her fourth ‘Female Vocalist of the Year’ at the CMA Awards.  Let’s look back at her humble beginnings.

Happy Easter! Hope the Easter Bunny brought you all some yummy treats!

In 1983, Carrie was born on a small farm in Muskogee, Oklahoma, to Carole and Stephen Underwood. At the age of 14, she got her first musical opportunity when she auditioned for Capitol Records. However, the door closed leaving Carrie wondering if she would ever have another shot at making it big. Following high school, she proceeded to attend college at Northeastern State University. The small school is located in Tahlequah, Oklahoma, and hosted several beauty pageants in which Carrie Underwood participated. In 2005, Carrie Underwood received another chance at a country music career when she won the fourth season of American Idol.

From there, Underwood went on to release her debut album, Some Hearts, in 2005. Now, the 34-year-old has 5 studio albums as well as appearing in multiple different television shows. Thanks to her different philanthropies, talented singing voice and acting skills, the gorgeous singer earned her induction into the Oklahoma Hall of Fame. Later this year, Carrie Underwood will be joining other country music stars such as Reba McEntire, Toby Keith, Garth Brooks and Blake Shelton in the Sooner State’s HOF.

Thanks, Brisbane, for a great last show of the year! Australia has been a blast! #KeithCarrieAUS

“I’ve always been proud to say I’m from Oklahoma,” Underwood told Sounds Like Nashville. “The people, culture, and environment molded me into the person I am today. It’s such an honor to be recognized among such great company by the Oklahoma Hall of Fame!” If you’re ever near the Gaylord-Pickens Museum in Oklahoma City, go check out Carrie Underwood’s exhibit at the Oklahoma Hall of Fame.

Be sure to share Carrie Underwood’s accomplishments with other country music fans!