Where Does Carrie Underwood Live? Carrie and Family Have Moved 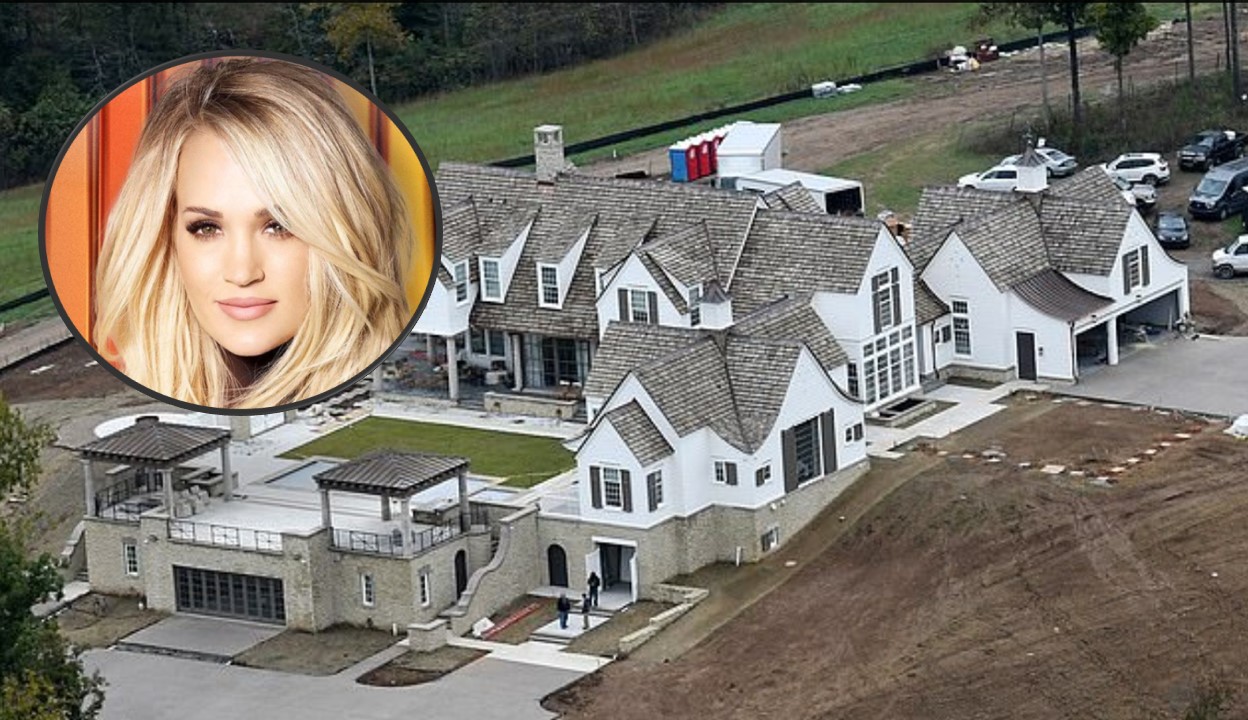 Many fans of Carrie question, “Where Does Carrie Underwood Live”?  As usual, some fans may mean where was she born and where did she grow up?  Get the details below on where Carrie Underwood lives today and see where she has lived before.

Country music superstar Carrie Underwood, husband Mike Fisher, and 3-year-old son Isaiah are currently in the moving process! While the family’s impressive mansion isn’t quite complete yet, the family of three are temporarily residing in the Tennessee property’s rustic ‘barn home’ near the main house.

“We’re fixing to move. I haven’t bought anything yet, we still have some of the stuff, cribs and stuff from my son, but we’ll figure it out. We’re about to move so I’ll start buying stuff once we’re there. It’d be pointless to buy it and then move it,” the “Love Wins” singer recently shared with ET Online about preparing for baby number two.

It appears that Carrie and Mike are much closer to being able to set up their second child’s nursery!

Best in the biz right there! Thanks @blacktiemoving you guys are awesome!!

The Underwood-Fisher estate has been a work in progress for a few years now. In 2016, the Oklahoman shared the following with Country Living: “‘My husband, Mike, and I are designing our ‘forever’ home. My must-haves are a wood-burning fireplace, a porch swing, and rocking chairs.”  Judging from the photos obtained by Radar Online, the family’s new spread has a lot more than those three requirements going on —- see the jaw-dropping photos here.

Needless to say, the soon-to-be family of four and their loved ones will have plenty of room to enjoy! Although this new home is their largest undertaking to date, Carrie and Mike have previously built homes in Ottawa, Canada and their previous ‘home-base’ in Franklin, Tennessee.

According to PEOPLE, the couple opted to move away from Franklin more quickly due to problems with neighbors letting people into the community to look around. That issue was made worse after Carrie’s fall in November 2017, which led to the country star stepping out of the spotlight to recover from a broken wrist and facial injuries.

We wish Carrie, Mike, and Isaiah the best as they move into their brand new home. Like many of us can relate to, the star came across a long-lost treasure while sorting through boxes and packing up…

“Anyone who went to high school with me probably remembers me wearing this shirt to school. I saw them play in Tulsa when I was somewhere around 16. While going through some super old boxes, I found it…thought she was gone forever…even looked online for a vintage one to buy because I missed it. I’m happy we were reunited! 💖,” Carrie shared along with a photo of one of her finds!

Anyone who went to high school with me probably remembers me wearing this shirt to school. I saw them play in Tulsa when I was somewhere around 16. While going through some super old boxes, I found it…thought she was gone forever…even looked online for a vintage one to buy because I missed it. I’m happy we were reunited! 💖

Where Carrie Underwood Grew Up

Where Carrie grew up was in the fine state of Oklahoma that has provided plenty of country music artists.  Carrie was born March 10, 1983, in Muskogee, Oklahoma, to Carole (Shatswell) and Steve Underwood,   Carrie has two older sisters, Shanna and Stephanie.  The family was raised on her parents’ farm in the nearby rural town of Checotah, Oklahoma.  Carrie graduated from Checotah High School in 2001 and went on to win American Idol in 2005.  The rest is history for the Oklahoma raised Country Music star..