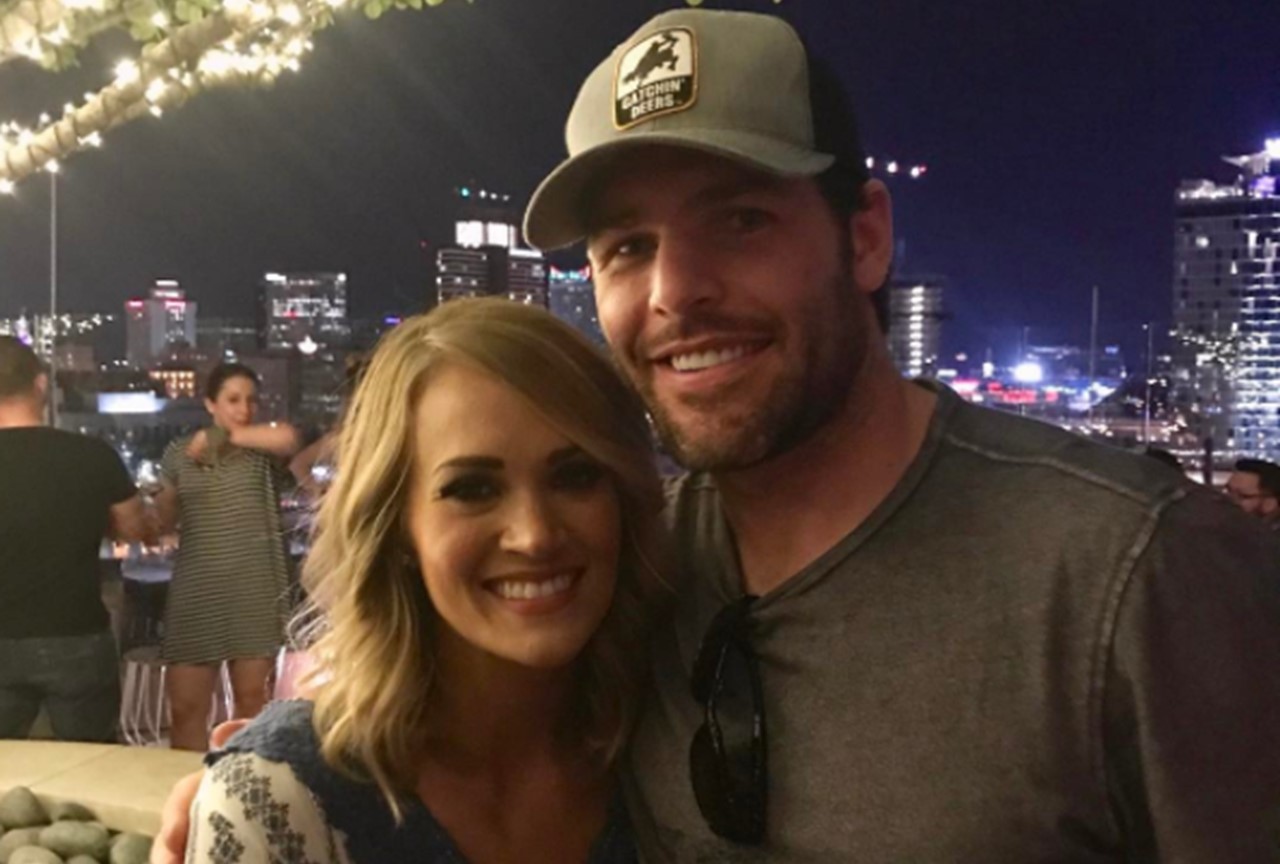 Carrie Underwood feels blessed after the Nashville Predators' history-making season. Check out what may be in the cards next for Mike Fisher...

After the Nashville Predators loss to the Pittsburgh Penguins during the Stanley Cup Playoffs on Sunday, Carrie Underwood has been unusually mum about her favorite hockey team which includes her husband Mike Fisher. On Wednesday, Carrie finally broke her social media silence, posting: “Had a lovely night last night celebrating with the players, wives and staff of the @predsnhl …oh, as well as with this hunk! We are so thankful for such an incredible season and the amazing group of people we got to spend it with! #blessed.”

Had a lovely night last night celebrating with the players, wives and staff of the @predsnhl …oh, as well as with this hunk! We are so thankful for such an incredible season and the amazing group of people we got to spend it with! 💛💙 #blessed

Now that’s the right attitude to have after experiencing disappointment! This dazzling run marked Mike Fisher‘s first season as team Captain and he led his team to their first-ever Stanley Cup Playoffs in franchise history. After 17 years playing in the National Hockey League, that’s something to celebrate.

As for 37-year-old Mike’s future as a hockey player, he admits that retirement has entered his mind.

“Honestly, right now, I haven’t really even gotten to that place as far as [if] I want to separate myself from the game,” Fisher shared with NHL.com. “The biggest factor is prayer, to be honest, and figuring out what is next, what God wants and trying to figure that out. That’s the biggest factor really.”

Thank you preds fans for an unforgettable year! You brought passion like the NHL has never seen before and made me so proud to wear the jersey! You guys made this experience the best year of my career and can't thank you enough for the support and for the memories that I'll never forget!! #smashville #standwithus

On July 1st, Fisher has the option to become a unrestricted free agent, which means he can re-sign with the Preds, go to another team, or retire. Though he’s bummed the Stanley Cup returned to Pittsburgh in the end, he values the time spent with his teammates more and all the positives that came out of this amazing season.

“Everyone wants to win in this game, no one probably more than me,” Fisher said. “But there’s other things. At the end of the day, this is a game. It’s an important part of my life, but it’s not everything and there’s other decisions and other people that are involved, so we’ll take those into account. For me, it’s faith, family and then hockey. So we’ll see where that fits in because, like I said, I love being part of this group. I had a blast.”

Mike certainly has his priorities straight and we hope he does return to the ice, mostly so we can still enjoy Carrie’s entertaining superfan updates…

Hands go up… YEAH, BABY!!!! Preds played like Preds tonight and the score showed it…Way to go @predsnhl ! And this crowd was CRAZZZZZZY!!! #Smashville #StanleyCup

Be sure to share this latest update with other Carrie and Mike fans!