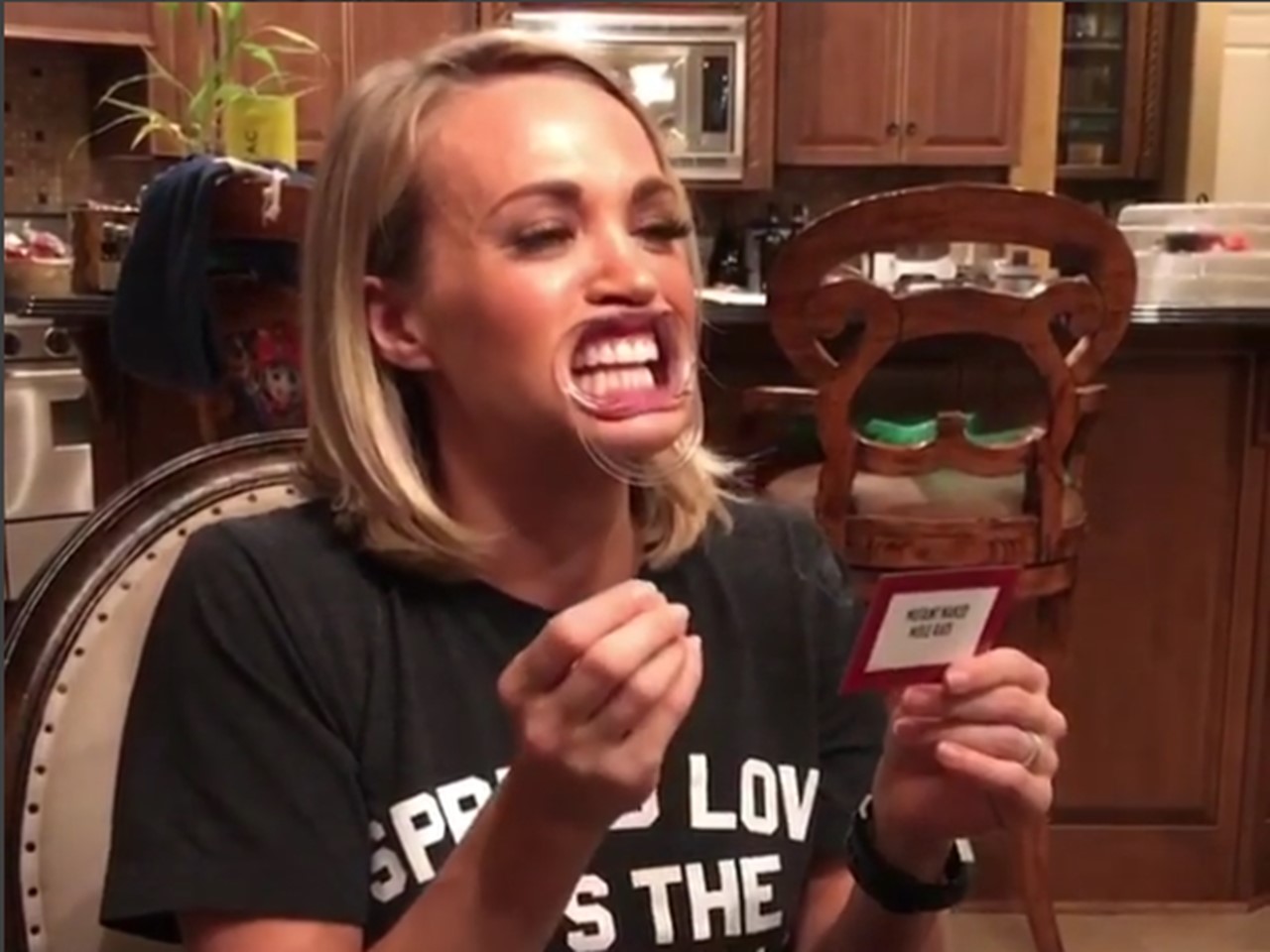 This video clip of country star Carrie Underwood trying to convey a wacky phrase while playing “Speak Out” will make you laugh out loud!

Country music superstar Carrie Underwood wasn’t kidding when she said 2017 will be a more low-key year.  Over the weekend, the songstress along with husband Mike Fisher and a group of friends kicked back for a game night full of wine and a few rounds of the game “Speak Out.”

In order to play, players must don super attractive mouthpieces and attempt to say goofy phrases well enough for their teammates to make correct guesses.

Watch poor Carrie try to spout out the line “pigs have proper manners” while laughing her bottom off below!

Despite great effort, Carrie’s team was unable to piece the phrase all the way together before time ran out. Looks like the crew had a great night of fun and relaxation together.

Fans can next catch Carrie performing alongside Keith Urban during the 2017 Grammy Awards, which will air on February 12th at 8PM ET via CBS. Share this candid moment with other fans of the Oklahoma native!