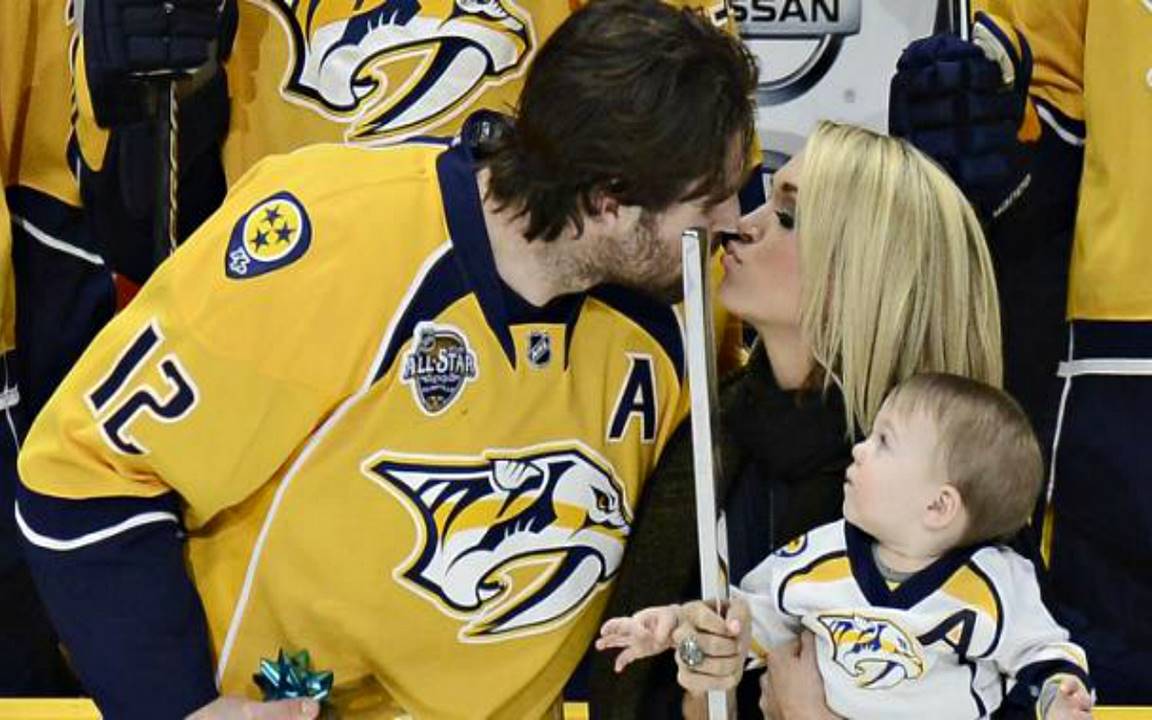 During the ceremony on the ice, Fisher was presented with an engraved silver hockey stick, a photo collage documenting his 16-year career, and a crystal award recognizing his major career accomplishment as Underwood and Isaiah stood with him along with his beaming parents.

“I’m so proud of you, for so many reasons,” Underwood says beginning a tribute video found on the Predators’ official website. “But specifically tonight I’m proud of you because I know how hard you work at everything you do and how much dedication you have towards hockey and towards this team. I just think you’re the best. So, congratulations. I love you.”

Michael Andrew Fisher hails from Peterborough, Ontario and grew up playing ice hockey. In 1998, the naturally talented athlete was drafted by the Ottawa Senators and was eventually acquired Fisher by the Nashville Predators in 2011. After hitting this milestone, the hunky NHL player became the 301st player to ever reach 1,000 games.

UPDATE: Mike Fisher may be trading in his hockey skates for a microphone after scoring a “The River” duet with Garth Brooks. See the candid video of the pair belting out the classic tune here. A slightly envious Carrie Underwood joked that she would consider taking the ice with hockey legend Wayne Gretzky to get even.