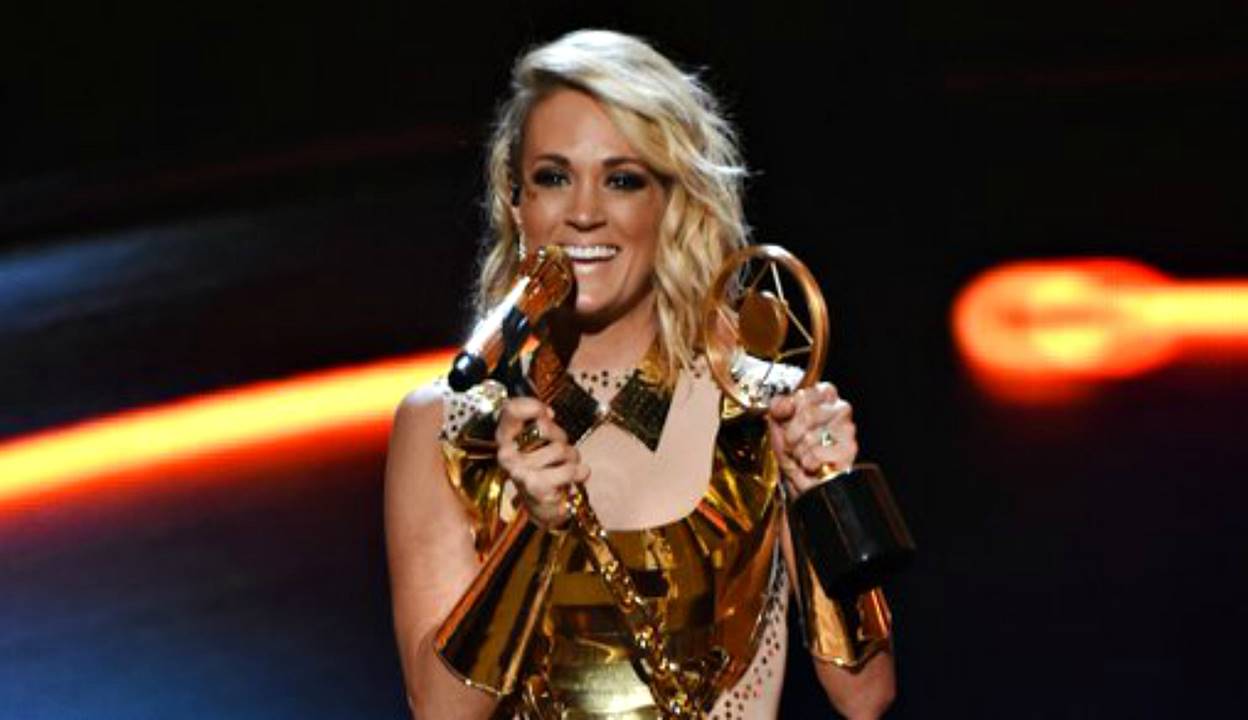 After rocking the stage performing “Church Bells” last night, Carrie Underwood dedicated her American Country Countdown Awards win for Female Vocalist of the Year to a very special fan, 10-year-old Isley Thibodeaux. Tragically, the youngster was killed in a head-on collision on her way home from the country star’s April 24th concert at the Cajundome in Lafayette, Louisiana.

“I want to thank one fan in particular. Isley Thibodeaux – this one is for you,” stated Underwood as she accepted her award. Watch news about Carrie’s electrifying performance below.

As reported by KLFY-TV, an alleged drunk driver swerved into oncoming traffic and struck Thibodeaux’s car, which was being driven by her mother. Albert Sampy, the man who caused the fatal accident was arrested and charged with third offense OWI. Yes, Sampy has two previous drunk driving charges on his record.

In addition to mentioning Isley in her acceptance speech, Underwood also sent a large bouquet of flowers to the funeral and a personal message to the girl’s grieving family. Our thoughts and prayers are with her family and friends.