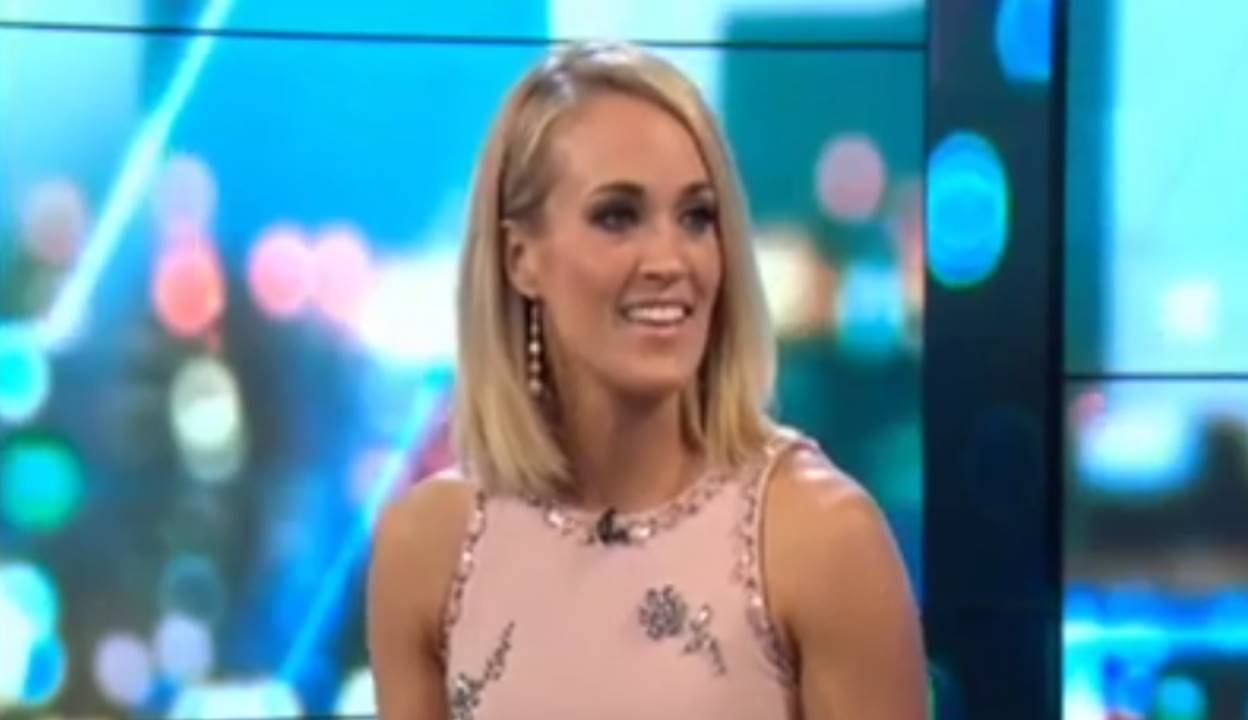 Carrie Underwood is currently with Keith Urban on the New Zealand-Australia leg of his Ripcord Tour. See what she had to say about the experience here!

Country star Carrie Underwood is currently in Australia performing alongside Keith Urban on his Ripcord Tour. The Oklahoma native took some time out of her busy schedule to sit down with the hosts of the Australian TV program The Project. The group discussed an array of topics from yodeling to dirt on Keith Urban to baby-proofing Carrie’s tour bus for baby Isaiah.

Enjoy the lively interview below!

We don’t blame Carrie for refusing to yodel. No matter how hard the hosts pressed, Carrie wouldn’t give up the dirt on fellow country star Keith Urban. It’s great how Nashville really does stick together through thick and thin— we’re happy that Carrie has “no beef” whatsoever in her life. (Yes, she made a vegetarian joke.)

Carrie’s almost 2-year-old son didn’t make the trip to New Zealand and Australia this time around, but the “Dirty Laundry” songbird disclosed that Isaiah is with her on the road 90 percent of the time. Having her little one on the tour bus hasn’t disrupted any hard partying— that wasn’t happening anyway according to Carrie— but she has had to take special measures to baby-proof her tour bus. Especially the trash chutes.

So, I may or may not have smuggled the kiddo into New Zealand with me…….ok, I didn't, but maybe I should have because I'm already missing him like crazy! But, I know he's being spoiled right now by his daddy and Nana and Papa. What on earth am I going to do without him for all this time?!?!?!

Having Isaiah on tour with her has given the singer-songwriter a huge appreciation for other mothers, including her own mom Carole, who was also a working mother. Carrie credits her enthusiastic fans for boosting her energy levels when sleep is scarce on the tour bus with an unpredictable toddler.

Underwood is enjoying her time in both New Zealand and Australia and will be heading back home to the United States in time for Christmas. Check out some tour highlights below!

Share this update with other fans of the country music maven!