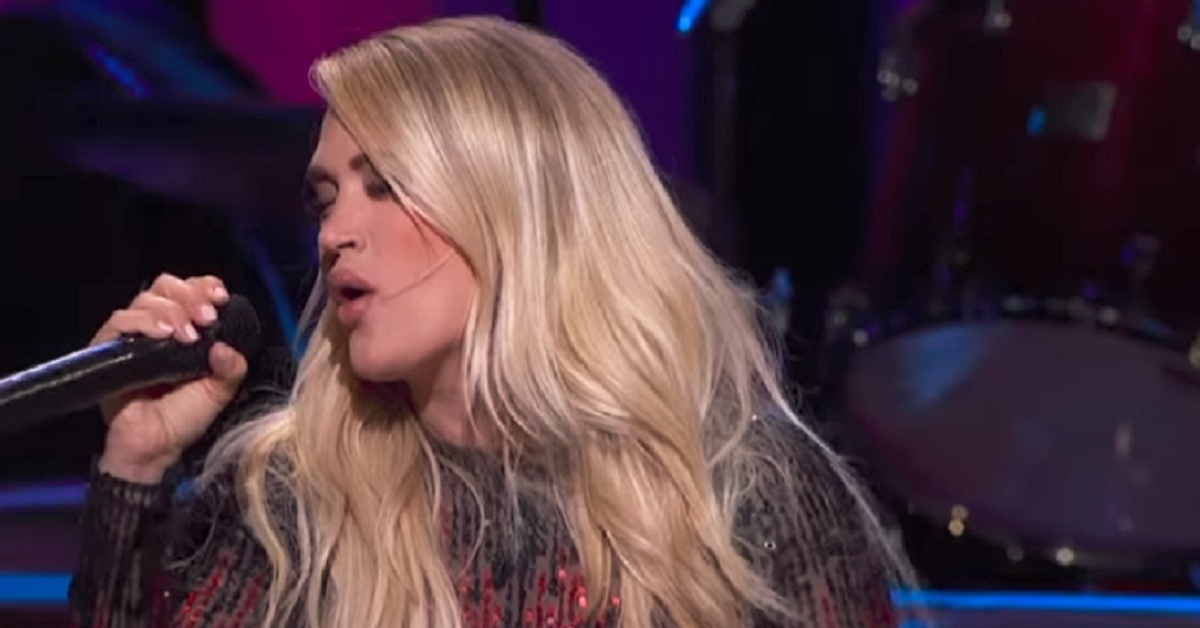 Carrie Underwood Cry Pretty was released as her newest hit song and gives country music fans a nice taste of her upcoming sixth studio album, which will be released via her new label home Universal Music Group Nashville. The project will follow 2015’s Storyteller, which spun off a massive tour and generated four hit songs— “Smoke Break,” “Heartbeat,” “Church Bells,” and “Dirty Laundry.”  Cry Pretty was co-written by the star alongside Hillary Lindsey, Lori McKenna, and Liz Rose.

Watch Carrie perform a live version of “Cry Pretty” and check out the highlights of her 10 year anniversary celebration at the Grand Ole Opry below.

The night celebrated Carrie’s ten year anniversary as a member of the Grand Ole Opry.  She performed some of her biggest hits from the past decade,  In addition to her latest single “Cry Pretty”, she was also surprised by country music icon and longtime inspiration, Randy Travis. Travis joined Carrie on the same stage where he invited her to become a member of the country music institution ten years ago.   Watch the highlight video below.

As a bonus, watch this performance of Carrie and Jennifer Nettles from a prior Opry visit.  In 2014, Jennifer Nettles and Carrie Underwood perform a duet of Dolly Parton’s “9 to 5” live at the Grand Ole Opry in Nashville, Tennessee.

Carrie Underwood and Jennifer Nettles 9 to 5

Remember to “share” this with other Carrie Underwood Fans.