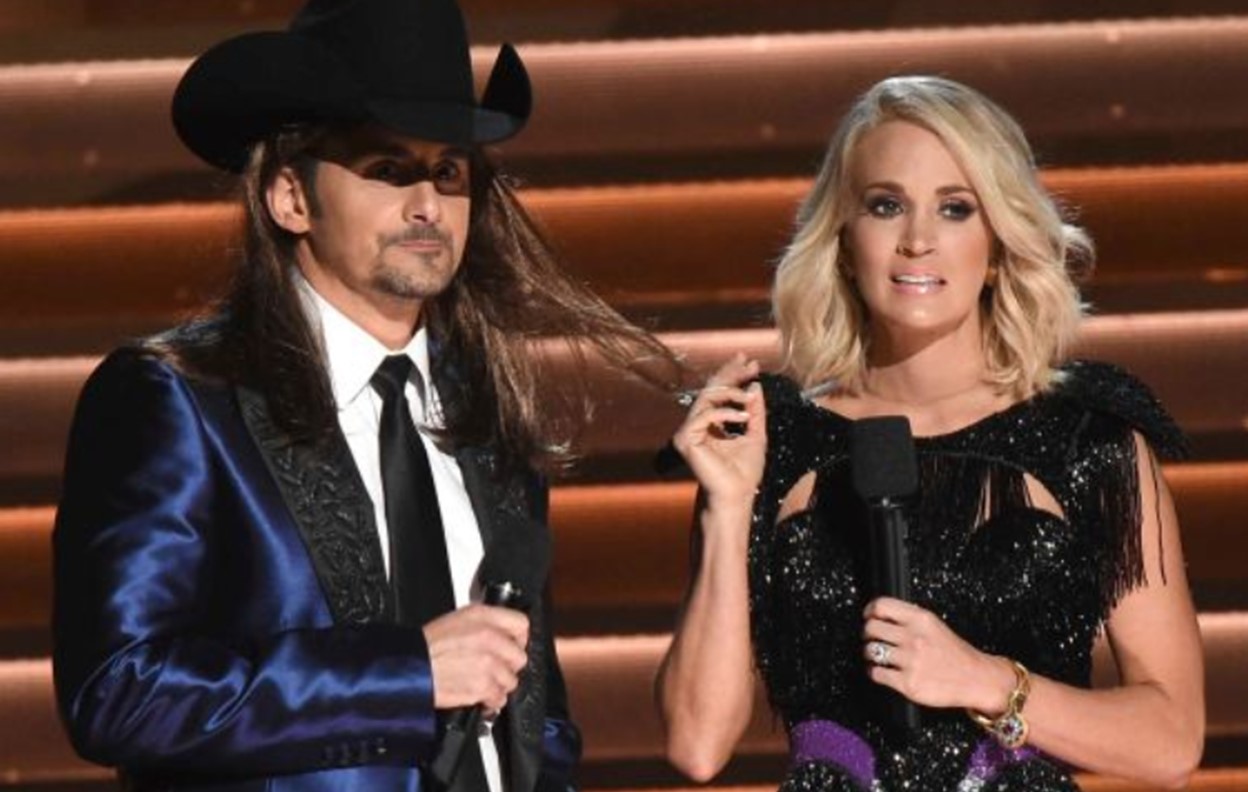 One of the best parts of the CMA Awards is seeing Carrie Underwood's various ensemble changes. The 2017 edition of the program is sure to please!

The 51st Annual CMA Awards will broadcast live this Wednesday, November 8th at 8/7c via ABC. For the tenth consecutive year, Carrie Underwood and Brad Paisley will be the co-hosting the star-studded event. Watch Carrie and Brad discuss the upcoming show with Good Morning America co-host Robin Roberts below!

If you think the songstress is most concerned with her dialogue for the show, think again! Underwood’s mind is on her impressive wardrobe for the night’s festivites.

The award-winning artist gave PEOPLE a little peek at one of the clothing racks located backstage at Bridgestone Arena. While looking through the rack of clothing, she claimed to have found some perfect ensembles for the 2017 CMA Awards! The rack displayed a mix of minis, sequin dresses, and statement ball gowns. Underwood is ready to top her 10 quick-changes from last year’s show!

In 2016, Underwood admitted to PEOPLE that she doesn’t try on every dress during rehearsals. “When we get the running order of the show, we’re like, ‘Okay these are complicated so we’re gonna need more time,’ so we try to just plan where things that might need a little more time get a little more time,” shared Carrie. “And there are easy changes, like, ‘Oh, we have five minutes, that’s a lifetime in TV-quick-change world. We make the time count.”

Underwood isn’t only a professional when it comes to singing, she can quickly change outfits like no other! Her record time is forty seconds, which achieved during the 2012 CMAs.

The fashionable superstar remembers one past dress rehearsal in particular— she had to hold the back of her dress shut the entire rehearsal because the zipper broke off. That didn’t scare the blonde beauty! She had nothing less than faith that they wouldn’t have any wardrobe malfunctions for the actual show!  “And everybody was worried I was not going to make it back out for the actual show and I was like, ‘It’s okay, we’ll fix the zipper,'” Underwood recalls.

Tune into ABC this Wednesday night to watch Carrie strut her stuff and nail her quick changes! No word on if this black cowboy hat will be making the cut…

Elevator hijinks with @bradpaisley and crew! Getting ready for the #CMAAwards

Share this update with others looking forward to Carrie’s fashion parade!