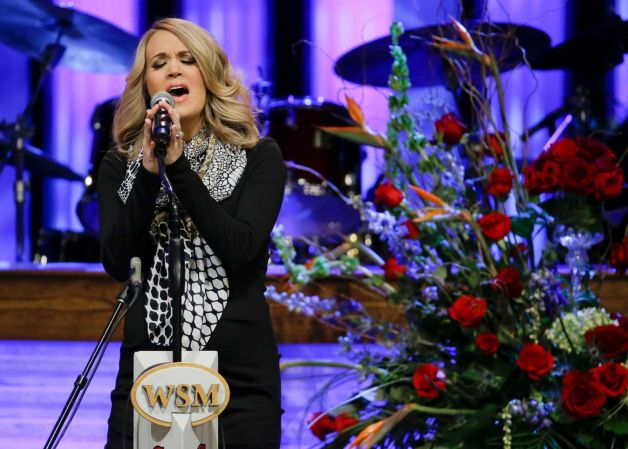 The funeral for Little Jimmy Dickens was held on Thursday, January 8th at the most appropriate of venues, the Grand Ole Opry where Dickens had regularly performed since the 1940’s. Carrie Underwood, Brad Paisley, Vince Gill and other notable musicians performed and shared memories of the 94-year-old entertainer who enchanted everyone he met with his warm nature and playful sense of humor.

Carrie Underwood joined Vince Gill to sing the ballad “Go Rest High on That Mountain” during the memorial service. Beside the performers sat a pair of Dickens’ cowboy boots and signature hat. Obviously Gill was overtaken by emotion during this touching tribute and was helped along by Underwood’s vocals.

At the close of the funeral, Brad Paisley led all the performers in singing “Will the Circle Be Unbroken” and made this thoughtful statement while addressing the several hundred mourners in attendance, “At 94, your journey has ended, but we’ll take it from here, little buddy.”