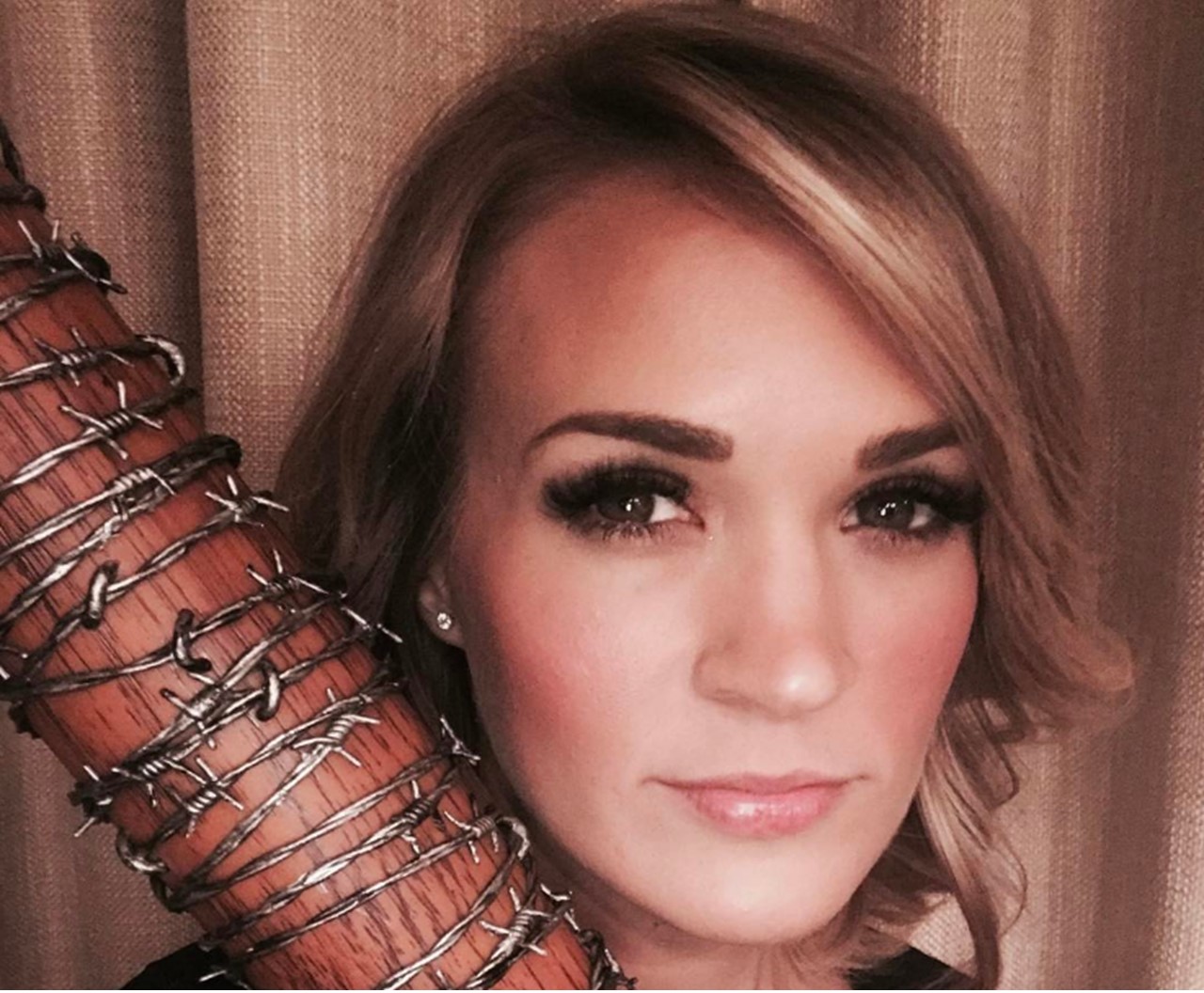 How does a country music superstar celebrate a birthday? Let popular vocal powerhouse Carrie Underwood show you how it's done...

First of all, Carrie’s best friend provided her with some appropriate birthday wear— sparkly Dolly Parton and George Michael goodies.

Bestie @melissaschleicher gave me an early birthday present from @starstruckvintage … 2 of my heroes – Dolly and George…these pics don't do them justice…they SHINE! I can't wait to wear them!!!

Close friend and confectionary wizard, Ivey Childers was also on the scene with The Walking Dead themed treats! Check out that detail…

In case Carrie needs any help getting out of a situation, she now has her very own replica of The Walking Dead villain Negan’s precious ‘Lucille.’

Happy birthday @carrieunderwood !! Izzy and I are so blessed to have you in our lives! You're the best!

The most unexpected gift came from country music legend Loretta Lynn, who sang ‘Happy Birthday’ to the Oklahoman over the phone. Other celebrities joined the country icon in sending Carrie their well wishes, including Ellen DeGeneres and country artist Easton Corbin.

Ummm… @LorettaLynn just called and sang me happy birthday! How is this my life? #bestpresentever #happybirthdaytome #legend

Though her official birthday has passed, Carrie is still keeping busy having a blast. Meet her new “pet.”

Made a new friend today…We named him "Moosh." "Moosh" the moose!

We hope Carrie has safe travels and is basking in the joy of her sensational birthday aftermath!