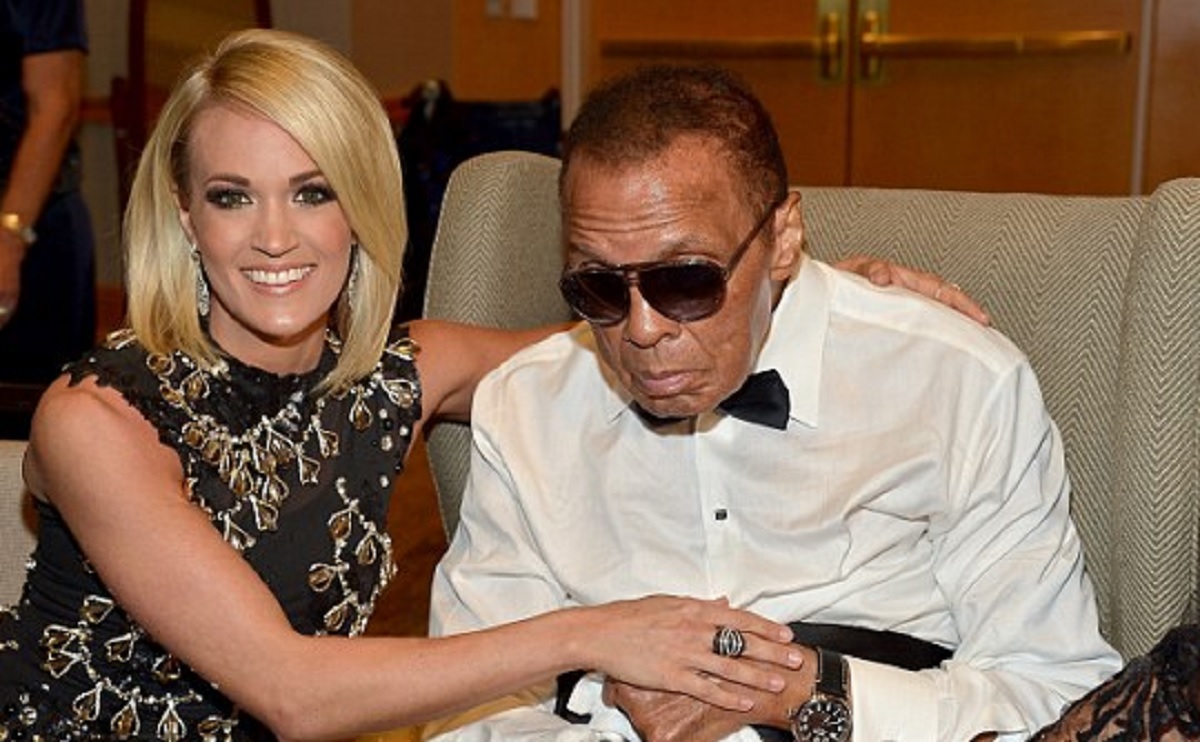 The event occurred April 9 for Ali’s charity that benefits research aimed at punching out Parkinson’s disease, which Ali has suffered from for decades. Underwood sang at the event, which was held inside the JW Marriot Desert Ridge Resort and Spa in Phoenix, Arizona.   Watch the video below for news coverage of this event:

Carrie Underwood posed with The Champ and held his hands for what would be his final public outing.   The event has raised $118 million for The Muhammad Ali Parkinson Center at Barrow Neurological Institute in 20 years.  Ali has been a long time champion for charity to fight Parkinson disease.

Carrie performed “Cowboy Casanova” at the Celebrity Fight night event.  This song was released in 2009 as the lead track on her “Play On” album.   You watch her performance at Celebrity fight night here:

Ali died last Thursday due to respiratory complications at the age of 74 at a hospital outside Phoenix, Arizona.  He had a long fought 32-year battle with Parkinson’s disease that is associated with the numerous hits the champ took to the head during his boxing career.  Ali’s wife Lonnie and daughters were by his side when he passed.  Several fans attended a candle lit vigil outside the hospital.

Speaking to People Magazine last March, daughter Laila Ali said her father continued to awe her, more than 30 years into his fight with Parkinson’s disease. “He’s such a fighter, still, when at times he seems weak and not able to handle it,” she said. “He comes through stronger than ever. He’s still fighting regardless and I love my dad for that.”

It is nice to see Carrie Underwood supporting such a great cause and spending time with the champ before he passed away.   May the Champ rest in peace.