Cam Will Perform on Good Morning America on September 1st! 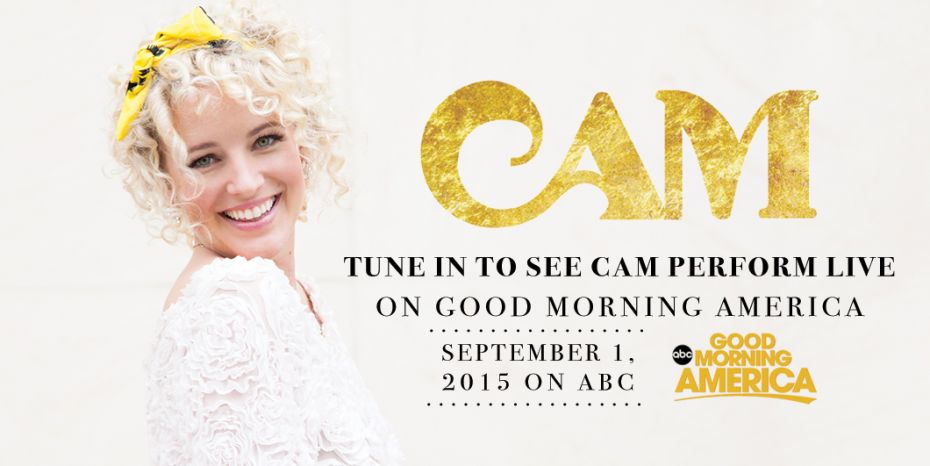 New country music sensation Cam will appear for the first time on ABC’s Good Morning America on September 1 with a performance of her personal and powerful new hit, “Burning House.”

Fans can also watch for Cam in a feature story in this weekend’s edition of the CMT Hot 20 Countdown, premiering Saturday, August 29, at 9 AM ET/PT and re-airing at the same time on Sunday, August 30.

“Burning House” resulted from a dream Cam had about an ex-boyfriend.

Cam tells Billboard that two years after she broke up with him, she was invited to a party that her ex would be attending. The prior night, she plotted how to apologize, and when she went to sleep, she dreamed he was on the floor of his home in flames, with firefighters warning onlookers that it was too dangerous to rescue him. In the dream she rushed into the burning house, ready to die alongside him.

The next morning, Cam Skyped songwriter/producer Tyler Johnson (“My Mistake”) in Los Angeles and recounted her vision.  He summed up her story in two lines “I had a dream about a burning house/You were stuck inside, I couldn’t get you out.”

It was all they had, but when they next saw each other, Cam and Johnson talked about it near a campfire and recorded the snippet with the logs crackling in the background. Johnson later played that piece for a fellow producer. Later, they were struck by the melody — and by the snap of that fire with the image of a burning house. By the next morning, Johnson had come up with a chorus for the tune, and the trio finished it up in a couple days of writing and recording at a home studio in the Venice neighborhood in Los Angeles.

Watch the lyric video for “Burning House” below and download the song!