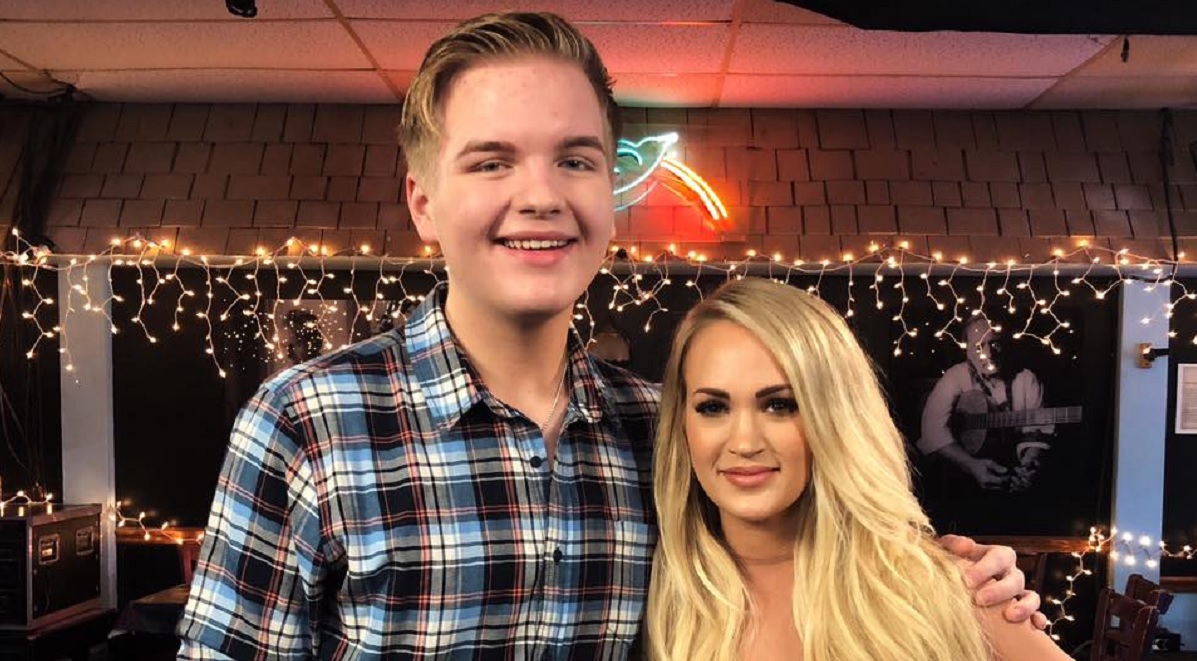 See how much you know about rising Country Music star Caleb Lee Hutchinson as he competes on season 16 of American Idol.   Caleb has made the final 3 and will compete for the top American Idol spot as the season continues.

Where is Caleb Lee Hutchinson from?   Caleb was born in Georgia and his current hometown is Dallas, Georgia.  Caleb graduated from South Paulding High School.

How old is Caleb?   Caleb is 19 years old and his birthday is March 2, 1999.  This makes Caleb an astrological sign of Pisces.

How much weight did Caleb lose while filming American Idol?   Caleb reported that he lost over 70 pounds since he first auditioned on the show.  Fan feedback to his Instagram photos kept him motivated and he started walking and hitting the treadmill every day.

What songs has Caleb performed on the American Idol Season 16 show?

When did Caleb get started with Music?   Caleb started singing at 9, playing guitar at 12, and writing songs at the ago of 13.  He started to like Country Music while riding around with his father in his dad’s truck.

What song did he sing for his American Idol first audition?  Caleb performed “If It Hadn’t Been For Love” by The SteelDrivers.

Did Caleb also try out for The Voice TV show?   Yes, Caleb tried out for The Voice blind audtion rounds when he was 16 years old.  He was not successful in getting any of the Season 9 judges to turn their chairs during his version of “The Dance” by Garth Brooks.

Has Caleb released any albums or music?   Yes, Caleb released a 5-track EP called Country Music including songs like “Put Me On a Stage,” “Drink You Away,” and the title track. His album is available on iTunes.

What does Caleb call his fans?  Hutchpuppies

Who is left in the American Idol competition against Caleb?  Caleb will be facing off against Iowa singer-songwriter Maddie Poppe and Pittsburgh country/soul singer Gabby Barrett.

Can Caleb win American Idol?   Based on history, Caleb has a good chance to win American Idol.  Eight of the past nine winners on “American Idol” have been guys.   The last country singer to win was Scotty McCreery from season 10 and Hutchinson is similar to McCreery being a nice Southern kid from a small town with big dreams.

This summer, all of the contestants who reached the top 11 will be on tour from July through September. “American Idol” airs on ABC Sundays at 8 p.m. Eastern time.