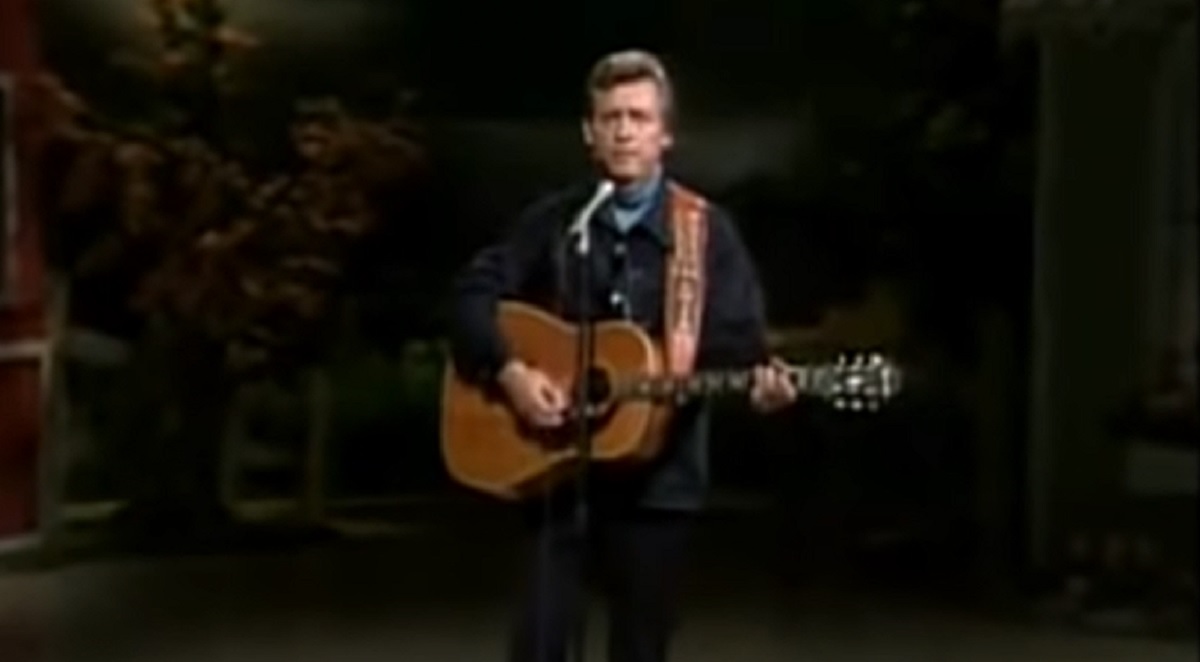 The Cal Smith Country Bumpkin song was was released in February 1974 as the first single and title track from his album of the same name. This song was Smith’s second number one on the Billboard country chart starting May 18, 1968.  The single stayed at number one for a single week and spent a total of ten weeks on the country chart. “Country Bumpkin” also received Song of the Year Awards from both the Academy of Country Music and the Country Music Association in 1974.

Watch the live performance video and see the written lyrics below.

This song was written by Don Wayne.

He walked up to the bar and parked his lanky frame upon a tall bar stool,
And with a long soft southern drawl said,
“I’ll just have a glass of anything that’s cool.”
A barroom girl with hard and knowing eyes slowly looked him up and down,
And she thought, “I wonder how on earth
That country bumpkin found his way to town?”.

She said. “Hello, country bumpkin!
How’s the frost down on the pumpkin?
I’ve seen some sights, but man, you’re somethin’,
Where’d you come from country bumpkin?”

It was just a short year later in a bed
Of joy-filled tears, yet death-like pain,
Into this wondrous world of many wonders
One more wonder came;
That same woman’s face was wrapped up
In a raptured look of love and tenderness,
As she marvelled at the soft and warm,
And cuddly boy child feeding at her breast.

And she said,”Hello, country bumpkin,
Fresh as frost down on the pumpkin;
I’ve seen some sights, but babe you’re somethin’,
Mama loves her country bumpkin””

Forty years of hard work later in a simple, quiet
And peaceful country place,
The heavy hand of time had not erased
The raptured wonder from the woman’s face;
She was lying on her death-bed knowing fully well
Her race was nearly run,
But she softly smiled and looked into
The sad eyes of her husband and her son.