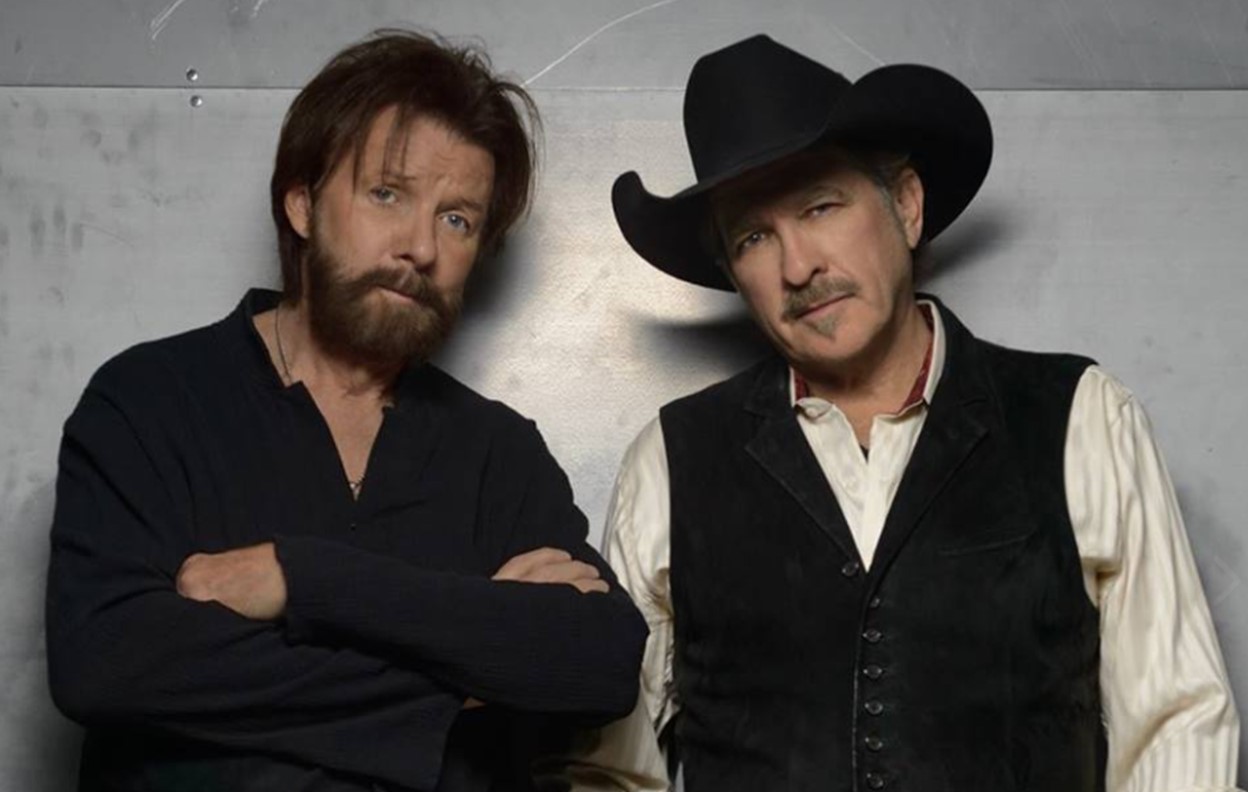 A Brooks & Dunn duets album is on its way soon! Get more details on 'Reboot' here and find out which other country stars are involved!

Brooks & Dunn have set out on a duet project that features an array of all-star country artists, sounds like the album will have some of the best collaborations of 2019. The album, Reboot, will feature the dynamic duo performing their biggest hits alongside well-known country stars of today.

The press announced that the album will feature Kix Brooks and Ronnie Dunn playing their most well-known hits with artists including Kacey Musgraves, Kane Brown, Thomas Rhett, Brett Young, Lanco, Ashley McBryde, Midland, Luke Combs, Brothers Osborne, Cody Johnson, Jon Pardi, and Tyler Booth. Even though a full tracklist has yet to be released, you can listen to “Believe” featuring Kane Brown.

Dunn says, “This whole experience has been humbling, to say the least. What a cool rush to hear somebody do one of your tunes in a unique way, and it still holds up. That’s the greatest compliment you can get as an artist”. Brooks chimes in, “It makes you feel good that these acts were inspired by us in some small way.”

The entire album of Reboot will be officially out on April 5. This album is particularly exciting considering that this is Brooks & Dunn’s first album since 2007’s Cowboy Town. Hearts were broken in 2009 when the duo announced that they would be breaking up, after a 20 year period of performing together. Their Last Rodeo Tour finished on Sept. 30, 2010, at Nashville’s Bridgestone Arena.

During this time, Brooks explained, “Nothing lasts forever, We’ve had this process of making records and getting ready for tours year after year … When we were going through, trying to get an album together this year, putting songs back and forth, and the push and pulling, it hit us both: We’ve done all kinds of music you can think of, done every way we could think of doing it for 20 years. We’ve worn this thing every way we know how to wear it! We realized at that point, this may be it.”

Dunn added, “Differences, over the long run, are what make it work. You’ve got to have that room. Neither one of us are breathing the other’s air.”

After the duo’s split, they both set out to have solo careers. Thankfully in 2015 the two reunited and joined an old friend, Reba McEntire, for the Las Vegas residency.

With Reboot ready to make its full debut, it is safe to say that the iconic duo is back and they aren’t messing around. Excitement is in the air as Brooks & Dunn take to Instagram to share their passion project with their fans, “We had no idea this many artists would want to jump on this idea with us. Get ready for the #Reboot this April 5th”. I have a feeling, however, that we are just getting started.

We had no idea this many artists would want to jump on this idea with us. Get ready for the #Reboot this April 5th and preorder now at Brooks-Dunn.com.

Make sure to share this update with other Brooks & Dunn fans!