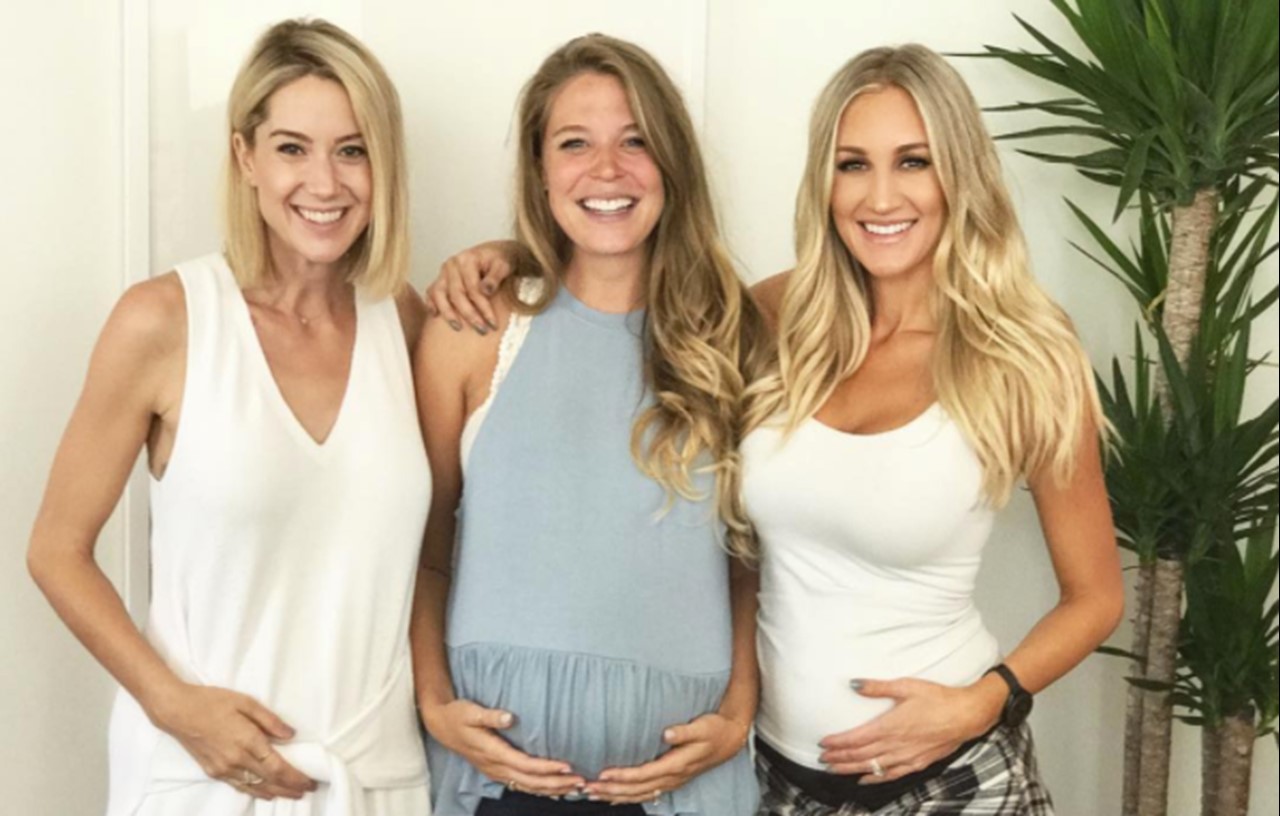 It seems like everywhere we look, a country star proposes, gets married, or announces a pregnancy. Recently, babies have been a major topic of discussion. So many couples in the country music scene are opening up about gender reveals and due dates.

Recently, Jason Aldean‘s wife Brittany shared a photo on Instagram of herself next to two other pregnant country music wives. Thomas Rhett‘s wife Lauren Akins and Florida Georgia Line’s Tyler Hubbard’s wife Hayley are the other two in the photo. She even captioned it, “Future bandmates in these bellies!”

Future band mates in these bellies! 🎤🥁🎧

Lauren Akins is expecting a baby girl and she is due in August. She and Thomas Rhett also recently adopted their daughter, Willa Gray, from Africa. While 18-month-old Willa is an easy baby to deal with, Rhett and his wife understand they are in for a whole new world with a newborn. They have also been preparing Willa for a new baby sister as their family grows.

Jason Aldean posted a cute gender reveal video with Brittany and his two daughters, Kendyl and Keeley. It turns out they will have a boy later this year. Hayley Hubbard is not far behind, and she will have a boy in December.

Tyler and Hayley Hubbard have more to share about their baby announcement. They revealed that they are having a son just one day after they announced that they are expecting! But there was a reason they had to wait.

“I was really honestly sick of trying to hold it in and not talk about it, [but] we had to tell our parents first, before we released the news,” Hubbard told The Boot. “They were all in town [for the 2017 CMA Music Festival], and we got to have a moment with them and have a special time and let them know and literally tell them, ‘Well, tomorrow we find out what the gender is, so buckle up.'” It will be a boy.

Fellow bandmate Brian Kelley is also very excited for the couple’s baby announcement. He cannot wait to spoil the little boy almost as much as the parents. Kelley feels that Tyler and Hayley will be great parents, and he is happy to see their family grow.

Florida Georgia Line is on the road for their Smooth Tour, and Chris Lane and Nelly are their opening acts. Tour dates for all of their upcoming shows can be found on their website.

Be on the lookout for the newborns and share this with other country music fans!