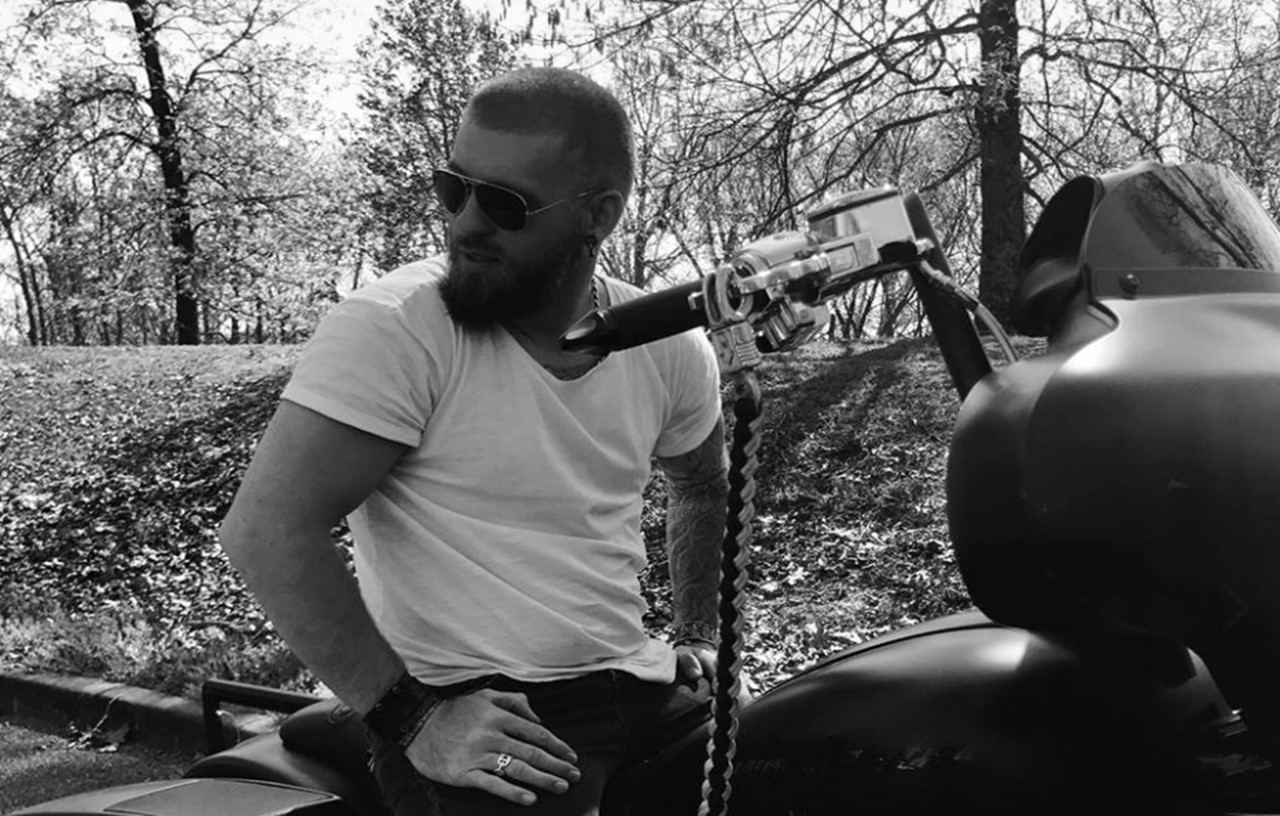 Brantley Gilbert shows off his new ink! Alongside his many other tattoos, he now sports a large cross on his chest to symbolize his faith.

The Brantley Gilbert tattoo experience has expanded!  Georgia native Brantley Gilbert has a lot of tattoos, so he is clearly not shy of needles. He also is not shy to share his faith with others, whether through word of mouth or writing. He recently added another piece of ink to his body. Centered on his chest, he placed a large cross, which is symbolic of his faith. In his Instagram post, he quoted a verse from the Bible to share with his followers.

His new work is simple, black and white. In the photo, he also sports more detailed tattoos across his forearms, wrists, and even his collarbone. If you click on the arrow to go to the next picture in the post, it shows the added ink on his hand that goes with his chest piece. The bible verse is Psalm 144:1. In his post, he includes thanks to “Carl, Grace, and Lacy for coming out and hooking me up!” Check it his new tattoo!

Praise the Lord who is my rock. He trains my hands for war and gives my fingers skill for battle. Psalm 144:1 Thanks to my boy Carl, Grace, and Lacey for coming out and hooking me up!

Not all of his tattoos are religion-related, though. He made headlines with his enormous back tattoo that he got back in May of 2015. It shows his support for the 2nd Amendment of the United States Constitution, which is the right to bear arms. Two guns spread from left to right. It also is symbolic of his southern roots, which include the right to hunt, fish, and spend time outdoors.

The country singer is quite serious about both his tattoos and his faith. He wants all of his new tattoos to reflect something personal in his life.

“I’m gonna leave the rest of my chest, and my right arm and really the rest of me to family,” Gilbert said to Taste of Country. He added that he may get more new ink to honor his marriage to Amber Cochran. “I think I got enough of the rowdy, rambunctious ink.”

Brantley Gilbert’s new album, The Devil Don’t Sleep, took inspiration from his past addiction battles and his mission to avoid going down the wrong path again. He gives credit to his faith for helping him beat his addictions, and move on from the dark parts of his life.

Check out this video of Brantley Gilbert getting his left arm tattooed back in 2013. As he talks to the tattoo artist, he shares a little about an accident he had, and now he has an angel tattoo to represent the miracle that he is still alive today.

“I’ve always been a believer first above anything else,” he told Nash Country Daily. “I feel like I’m like any other Christian. I think I’ve definitely strayed from time and time, and my relationship has not always been the best, but I think that’s always been a part of my music as well.”

Share this impressive Branley Gilbert tattoo with other fans of the country star!