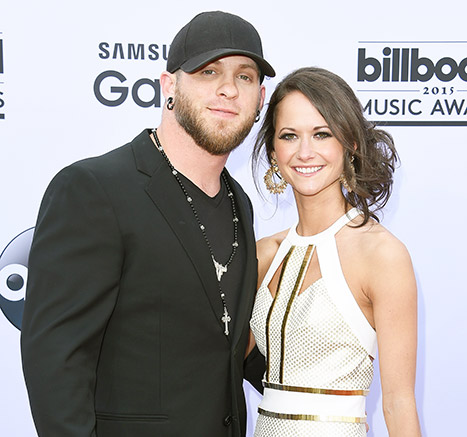 After knowing each other for years, Brantley Gilbert married hometown sweetheart Amber Cochran.

It’s always a good story when true love prevails and that is the story of Amber Cochran and country singer Brantley Gilbert. The two met over 10 years ago in their hometown of Jefferson, Georgia. The two dated and then broke up leaving Cochran to marry college sweetheart Brock Anderson.

Gilbert also went on to have numerous relationships, the most famous being with fellow country singer Jana Kramer.

Gilbert always considered Cochran as the “girl that got away” and when she came back into his life in 2013, after his breakup with Kramer, he decided to make that a thing of the past.

However the “One Hell of an Amen” singer didn’t always feel so strongly about marriage.

“For a long time in my life, I was dead set on not getting married and not going through all that. I was just single for life,” Gilbert told reporters at a recent media event.

“After [dating Kramer] — not that there was anything wrong with her; she’s an awesome person — but when something like that doesn’t work out, that was something I swore I was only going to do once, and that was close enough, and I was done.”

Cochran never really left Gilbert’s heart after they parted ways, which makes it all the more sweeter they ended up together.

“You’ll hear her in most of my songs,” he shared on the Bobby Bones radio show in October 2014 when he announced their engagement. “She was the one who got away for about five years … I can honestly say I’ve never been happier.”

With Valentine’s Day around the corner, it’s a beautiful story when two best friends end up happier ever after.