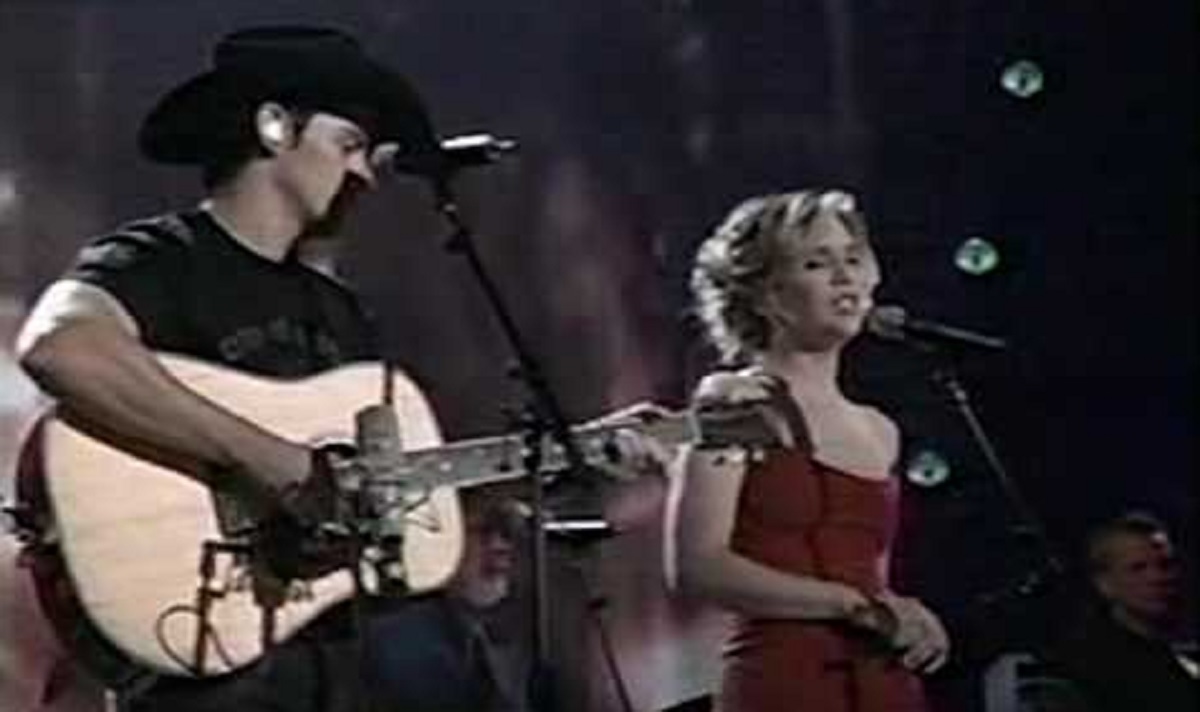 "Whiskey Lullaby" was recorded as a duet by Brad Paisley and Alison Krauss and released in 2004 reaching #3 on the Country Music charts.

The Brad Paisley Whiskey Lullaby song is a duet recorded by American country music artist Brad Paisley and bluegrass artist Alison Krauss on Paisley’s album Mud on the Tires.  “Whiskey Lullaby” was composed by Bill Anderson and Jon Randall and appeared on Brad Paisley’s album “Mud on the Tires”.  The song . The song was released on March 29, 2004 as the album’s third single. Whisky Lullaby peaked at No. 3 on the Billboard Hot Country Singles & Tracks (now Hot Country Songs) charts, and No. 41 on the Billboard Hot 100.

The song won the 2005 Country Music Association Song of the year award.  The music video is set during the World War II era and debuted on CMT June 30, 2004.  This haunting video tells the story of a soldier who returns from battle to find his wife with another man.  Whiskey Lullaby chronicles the devastating effects of a veteran finding his wife with another man.  The music video won the CMA Award for “Country Music Video of the Year” for 2004.  Watch the music video and see the written lyrics below.

This song was written by Bill Anderson and Jon Randall.