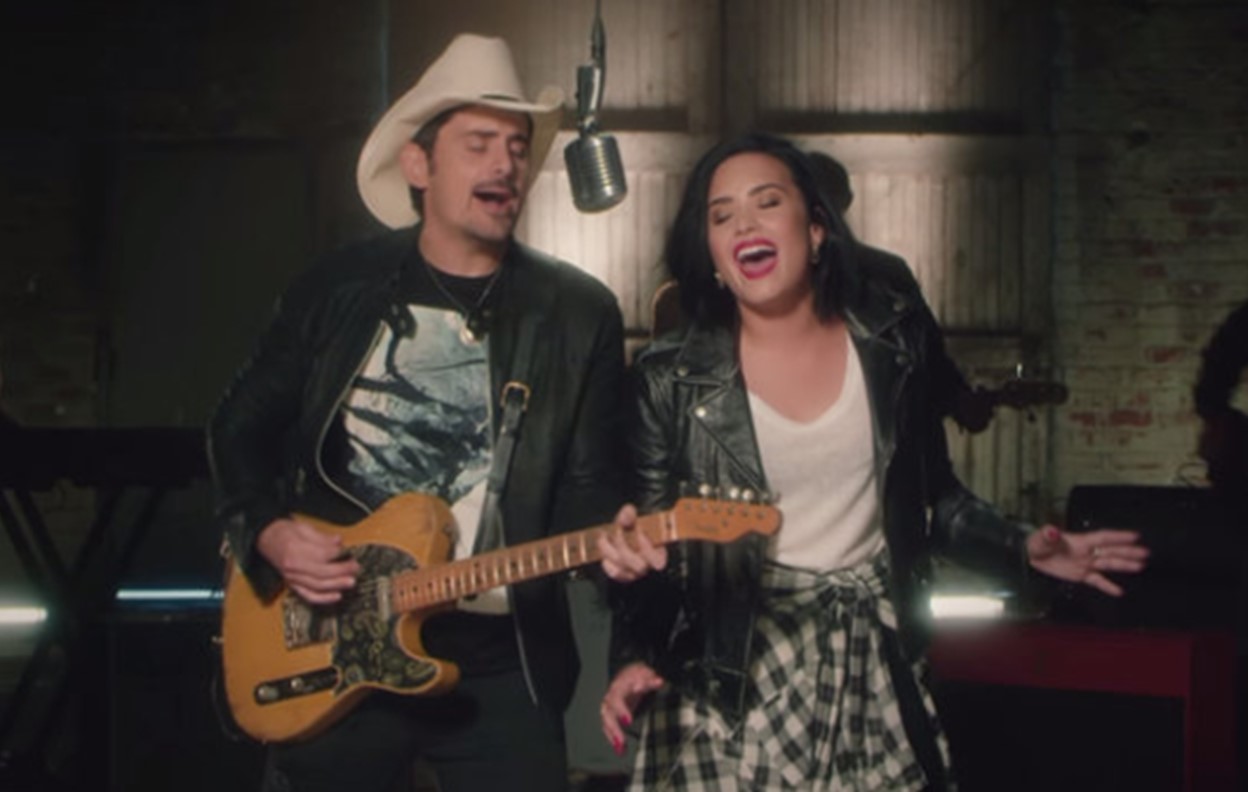 Country music singer-songwriter Brad Paisley is wishing "Without a Fight" partner Demi Lovato the best after she was hospitalized for an overdose. More here!

Country music star Brad Paisley took to Twitter in support of his “Without a Fight” collaborator, Demi Lovato. According to multiple news outlets, the 25-year-old actress and singer was hospitalized on Tuesday for a possible heroin overdose in California.

My friend @ddlovato is one of the kindest, most talented people I’ve ever met. Praying for her right now, addiction is a terrifying disease. There is no one more honest or brave than this woman.

As reported by PEOPLE, Lovato is stable after being revived with Narcan and transported to Cedars-Sinai Medical Center in Los Angeles. The young star has battled addiction over the years and has fought hard to maintain sobriety.

“Demi is awake and with her family, who want to express thanks to everyone for the love, prayers and support,” a representative for Lovato shared in a statement. “Some of the information being reported is incorrect and they respectfully ask for privacy and not speculation as her health and recovery is the most important thing right now.”

We wish her the very best as she recovers and addresses her addiction issues. Keep fighting hard!

Check out Brad and Demi’s official “Without a Fight” music video below!

“Without a Fight” Lyrics

Share this update with other fans of these two artists!