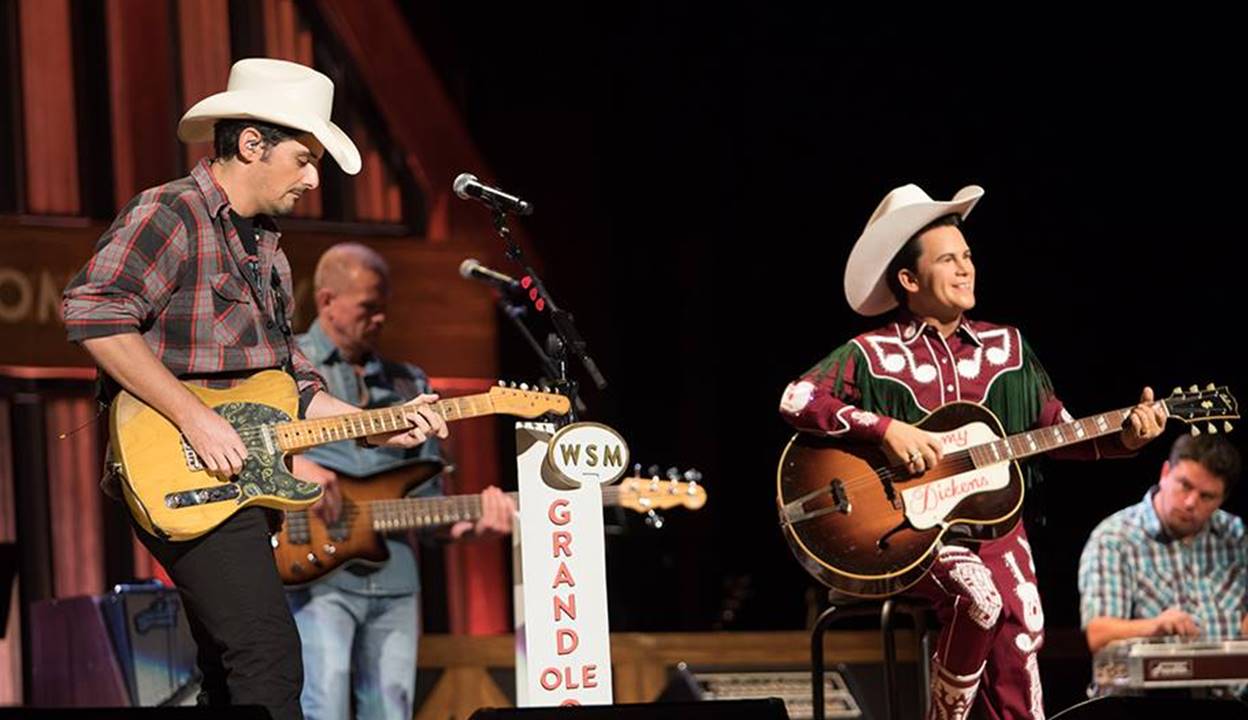 Country music star Brad Paisley has just announced his release plans for his upcoming record, Love and War. The West Virginia native’s 11th studio album is set to drop on March 3rd. The album is co-produced with Luke Wooten. Paisley’s current single, “Today,” which debuted back in October will be featured on the project. No track listing or cover art for the upcoming album has been made public.

There are only hints about what the album will consist of, though Paisley thanks collaborators Demi Lovato, Mick Jagger, and Timbaland for making the new album possible.

Besides new music, Paisley has also announced the extension of his Life Amplified World Tour through February 2017. Earliet this week, the country singer has also helped unveil Madame Tussauds’ new wax figure of the late Little Jimmy Dickens during his appearance at the Grand Ole Opry.

The figure will be part of several other wax creations of music’s biggest stars in the new Madame Tussauds Nashville, opening the spring 2017 within the Opry Mills Mall. Dickens was the first country artist to make an around-the-world tour when a three-month junket took him to military outposts from Hawaii through Japan, Tawian, Hong Kong, Vietnam, Turkey, Denmark, Germany, Canada, to finishing the journey stateside in Minnesota. He was the oldest living Opry member before his death at age 94 in January 2015.

The wax figure shows Dickens from the 1960s era playing a personalized guitar in a rhinestone-studded suit designed by his personal tailors. To top it off, Paisley performed a Dickens classic, “Out Behind the Barn” the sold-out audience at the Ryman Auditorium.

Other wax figured included in the Madame Tussaud’s Nashville collection are Carrie Underwood, Stevie Wonder, Taylor Swift, Beyoncé, Minnie Pearl, and Johnny Cash. More are expected to be added in the weeks leading up to the opening.