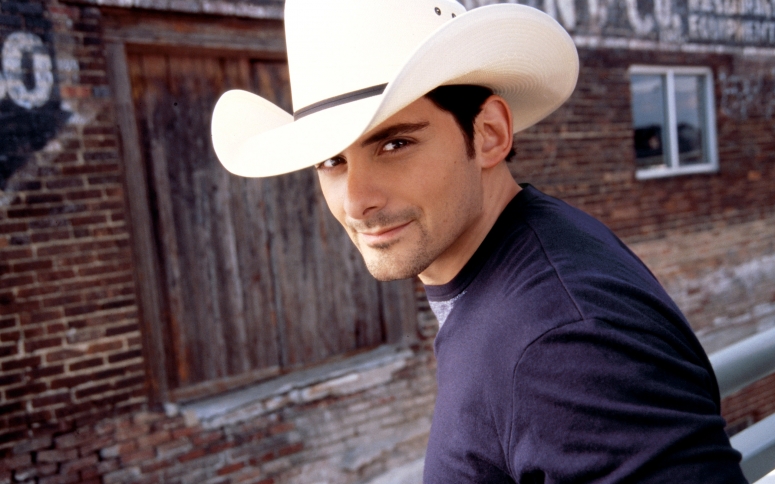 2 years have passed since the release of Brad Paisley's controversial song "Accidental Racist".

Two years ago Brad Paisley did something out of the ordinary for his musical genre. He teamed up with rap-icon LL Cool J and recorded a song about racism. “Accidental Racism” was a very talked about song and caused a stir in the country music world.

Now Brad looks at the experience in hindsight and shares what he learned.

“I mean, we didn’t do that for that reaction at all. In retrospect, if you look at everything that’s happened since, I wish I had had that perspective prior, you know what I’m saying?” Paisley tells AZCentral.

“It’s such an interesting time that way. So hindsight’s 20/20, but our intentions were so good with that.”

“It’s an amazing thing the way a phrase can be taken the wrong way,” he says. “It never occurred to me in the process because you can say something that’s an absolutely bad idea in a love song — you can say, ‘She can cheat on me 100 times, and I’m never gonna leave her.’ That’s a bad idea in your relationship. That’s a terrible notion. And anyone would say, ‘Don’t do that. You’re crazy.’ But if you say it in a love song, they’re just gonna bop their head to it as they drive down the road and go, ‘Well, that guy’s being foolish.’
“But when you say in a song a thing that has to do with something as heated as this topic, any stance, everybody weighs in,” Paisley continues. “It’s different than a love song in that sense. And I didn’t realize that.
“When you take a stance on this topic, people say, ‘Wait, you don’t speak for me.’ And it’s like, ‘Wait a minute, I’m not trying to speak for you. We’re just trying to have a conversation here.’ And they’re like, ‘No, this conversation is our conversation. It’s everybody’s conversation,’” he adds.

“And all of a sudden, you’re like, ‘Wow, okay, this is a whole different way of having to look at songwriting.’

“I wouldn’t change a thing in terms of the things I’ve learned from that,” Paisley concludes. “It’s part of life, to live and learn.”

Paisley is currently out on his 2015 Crushin’ It World Tour with Justin Moore and Mickey Guyton. On June 17, he’ll take a break from the road to serve as the opening act for the Rolling Stones when they perform at LP Field in Nashville.