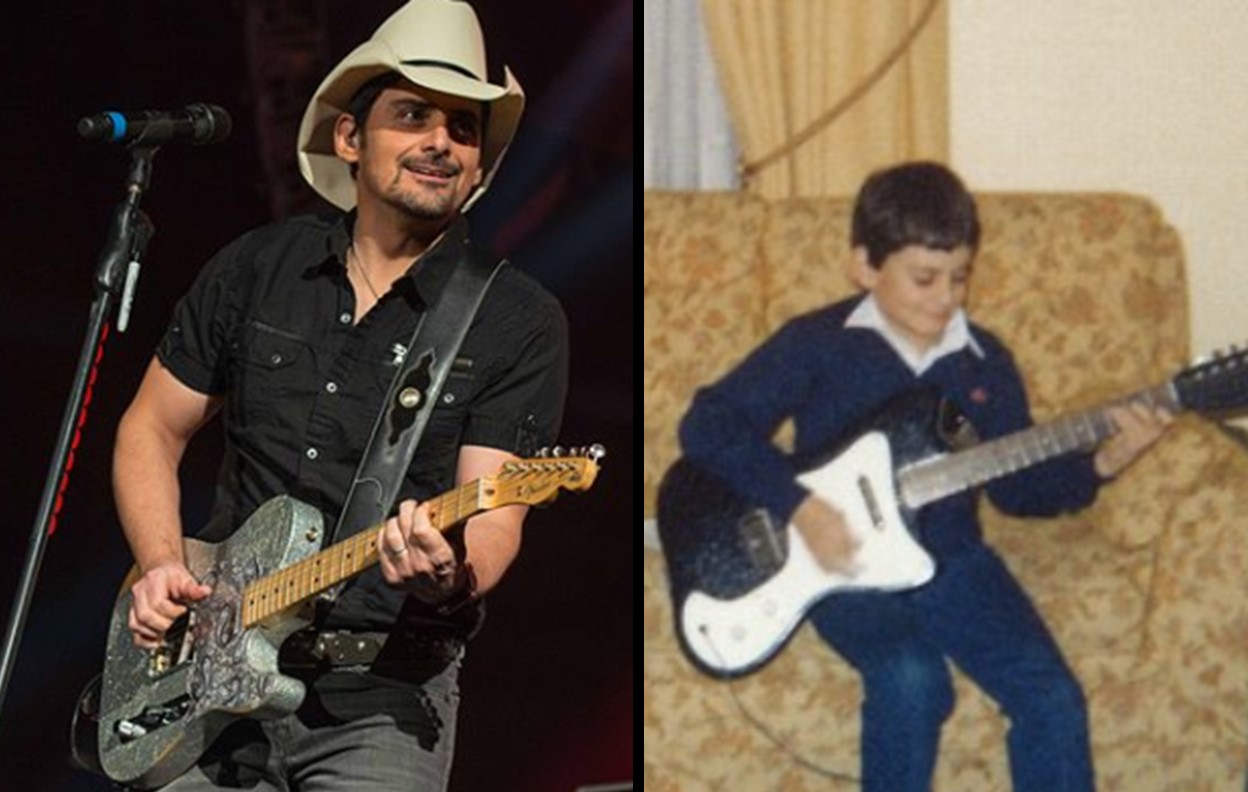 Brad Paisley's mom knew her only son had a purpose for his talent. Read on to find out how Brad began using his music to affect the lives of others.

Country music star Brad Paisley began honing his musical talent when his grandfather, Warren Jarvis, gave him his first guitar. At the age of eight, Brad started performing at his family’s church. From a young age, his parents encouraged him to find ways to help others. Brad’s father, Doug, worked for the West Virginia Department of Transportation and was a volunteer firefighter for many years. Brad’s mother, Sandy, a teacher and active church member recognized their son’s music talent.  Sandy Paisley shared with The Tennessean, “I don’t know what it was about Brad, but I felt he had a purpose. There was a reason he was given this talent.”

Growing up in Glen Dale, West Virginia, Brad spent many years performing at local events. He often performed at the Reynolds Memorial Hospital. He sang for stroke victims and Alzheimer/dementia patients. One patient, an elderly woman who only spoke the word “okay,” sparked Brad’s passion for helping others. As Brad began singing the woman’s favorite song, “You Are My Sunshine”, she started to sing with him, word for word. Those who witnessed the event became overwhelmed with emotion. Brad returned many more times to sing with the woman before she passed on. During an online interview with The Tennessean, Brad shared, “Music became something that felt like it had the power to heal people. It had the power to brighten someone’s day.” His mother had been right, there was something about Brad and his music.

Continuing to Make a Difference For Others

Brad and his wife Kimberly Williams Paisley, continue to find ways to enrich the lives of others. They make numerous appearances at fundraising events and continue to support charities, locally and worldwide. According to The Country Note, Brad has given his fans many reasons to love him. Brad donates his time and money help others. Recently, Brad and Kimberly’s latest venture is to create “The Store” in Nashville. The nonprofit grocery store will help provide healthy food for the less fortunate. To learn more about The Store, check out our previous coverage here.

Brad & I want to thank you all for your support of our nonprofit, The Store. We have exciting news. An anonymous donor has committed to match up to $500,000 in donations that are made by March 1, 2019! If you want to double your gift, go to thestore.org to donate today. THANK YOU!! 🎄🎄🎄#thursdaymotivation @thestore_nashville

A post shared by Kimberly Williams-Paisley (@kimberlywilliamspaisley) on Dec 20, 2018 at 6:58am PST

We wish Brad and Kimberly the best with their efforts to make a difference in people’s lives! Share this closer look with other country music fans!