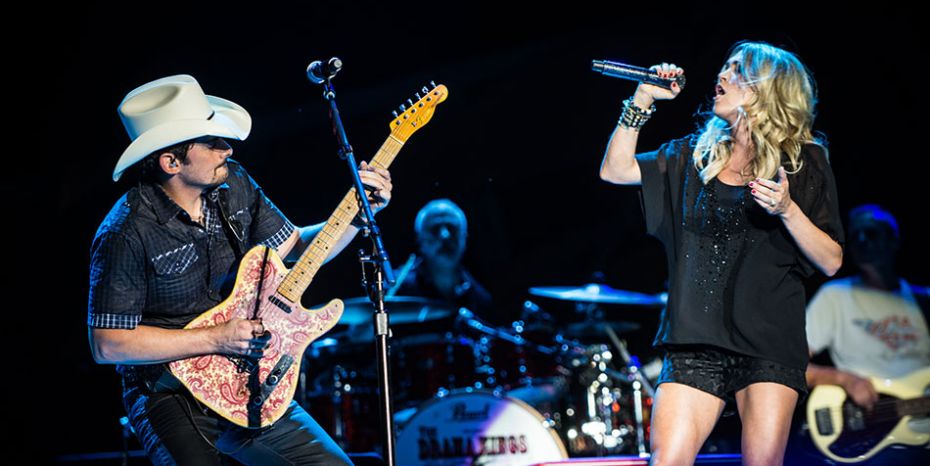 Brad Paisley had a surreal night as the opener for the Rolling Stones. It was a night for the music history books with iconic rocker Mick Jagger, donning a white cowboy hat along with Paisley, saying the Stones came to play rock music despite being in Nashville.

“I want to thank Brad Paisley for doing such a good job in the opening set,” Jagger said.

The praise was well-deserved, as Paisley knowing he had to win over the non-country Stones fans, pulled out all the stops with his infamous guitar skills. It was safe to say that Paisley held his own.

Not that Paisley couldn’t had done it alone, but he did have some help from some country music royalty.

Carrie Underwood joined Paisley on their #1 hit duet, “Remind Me,” and Joe Walsh of the Eagles played his classic “Life’s Been Good” and stayed on stage to play on Paisley’s “Alcohol.”

Later, during the Rolling Stones show Paisley was the special guest on “Dead Flowers,” trading verses with Mick Jagger and guitar licks with Keith Richards and Ronnie Wood.

Watch video of the performance below!