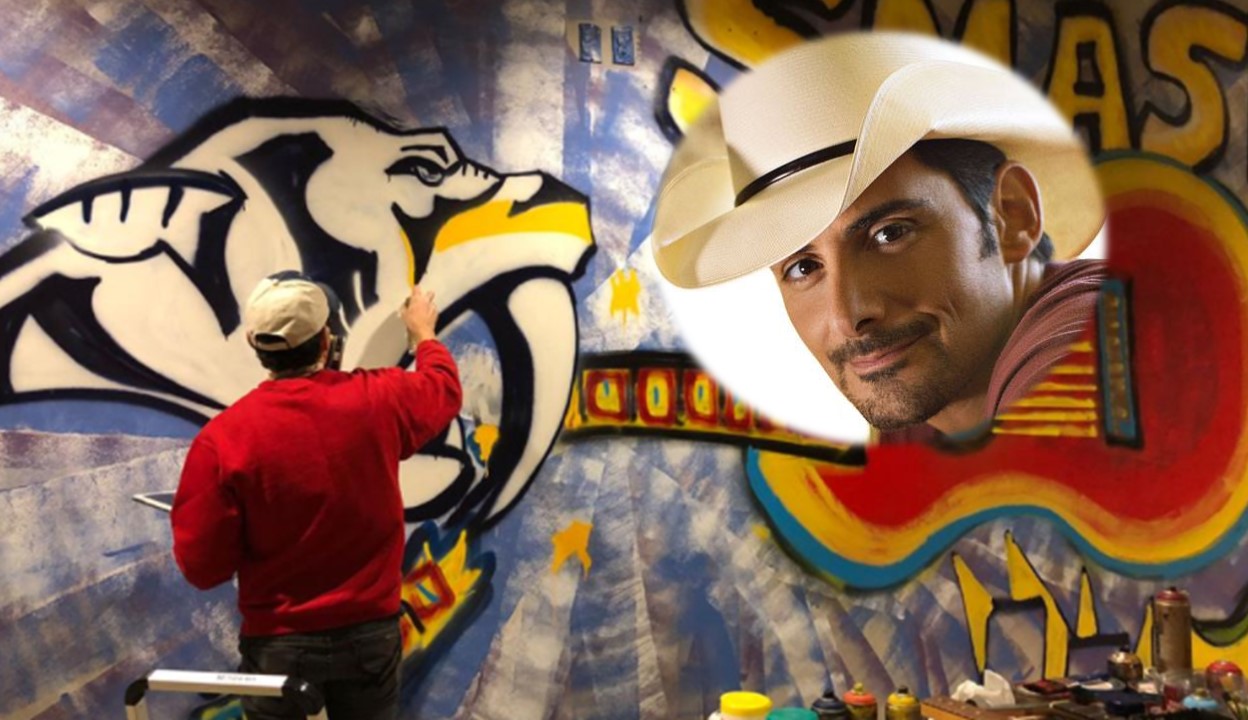 Country music singer-songwriter Brad Paisley isn’t only a skilled musician, he’s also one heck of an artist! The West Virginia native teamed up Rob Hendon, aka “the original guitar painter,” to paint a large wall mural located on Level One of Nashville’s Bridgestone Arena. Besides showing off another dimension of his artistic abilities, Paisley also announced that he has added a Nashville date to his Weekend Warrior Tour on April 6th. Joining Brad on the road later this month are Dustin Lynch, Chase Bryant, and Lindsay Ell.

Well, I could always draw growing up,” Paisley shared with nhl.com about the project. “When I started doing graffiti, I did it because I had this blank wall at my farm that was about as interesting as that gray wall over there. It was nothing and it’s right behind my studio; its where I want to be creative. I actually wrote on the wall, ‘Sorry, this wall was boring me.’ And that’s kind of what was happening here. This was the most boring wall in Nashville five hours ago.”

Watch this cool time-lapse video of Brad and Rob completing the mural!