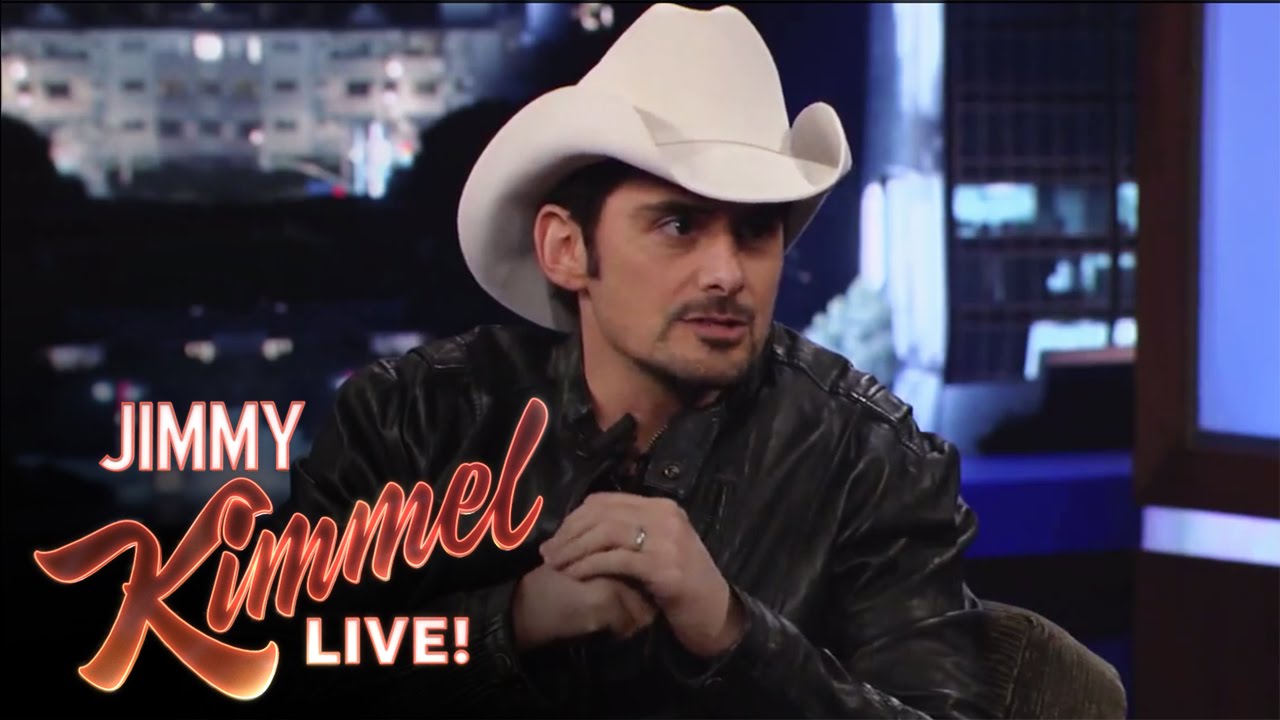 The first of five SXSW episodes of Jimmy Kimmel Live went off without a hitch yesterday with the help of country singer Brad Paisley, comedian Kevin Hart, and actor Matthew McConaughey. The late-night show is being broadcast from the Long Center for the Performing Arts in Austin, Texas this week.

This is the marks second year Jimmy Kimmel Live has made an appearance at South by Southwest. At the opening of the program, Kimmel promised the audience, “No brisket will go unsmoked, no queso will go undipped and no horns will go unhooked” during his time in Texas.

As expected, Brad Paisley thrilled the Texas-sized audience of 800 people with a performance of his hit “Perfect Storm.”

Kimmel went on to lavish praise on the city’s diverse food scene and checked through a list of establishments where he and his crew have dined since hitting Texas soil on Friday, including Perla’s, Chez Zee, and Olamaie. Take notice of Kimmel’s set decorations, a whole lot of neon signs celebrating local hot spots. Brad Paisley also agreed that Austin has some fine eateries and jokingly mentioned a certain “exotic” chain restaurant…

Brad Paisley described his trip to Afghanistan on Air Force One. He reveals an interesting tidbit about where he wrapped up his ‘Moonshine in the Trunk’ record and what he nabbed from the plane itself.

An energetic performance of Paisley’s newest single “Crushin’ It” closed out the program. Catch Jimmy Kimmel Live at 10:35 PM CT on your local ABC station!