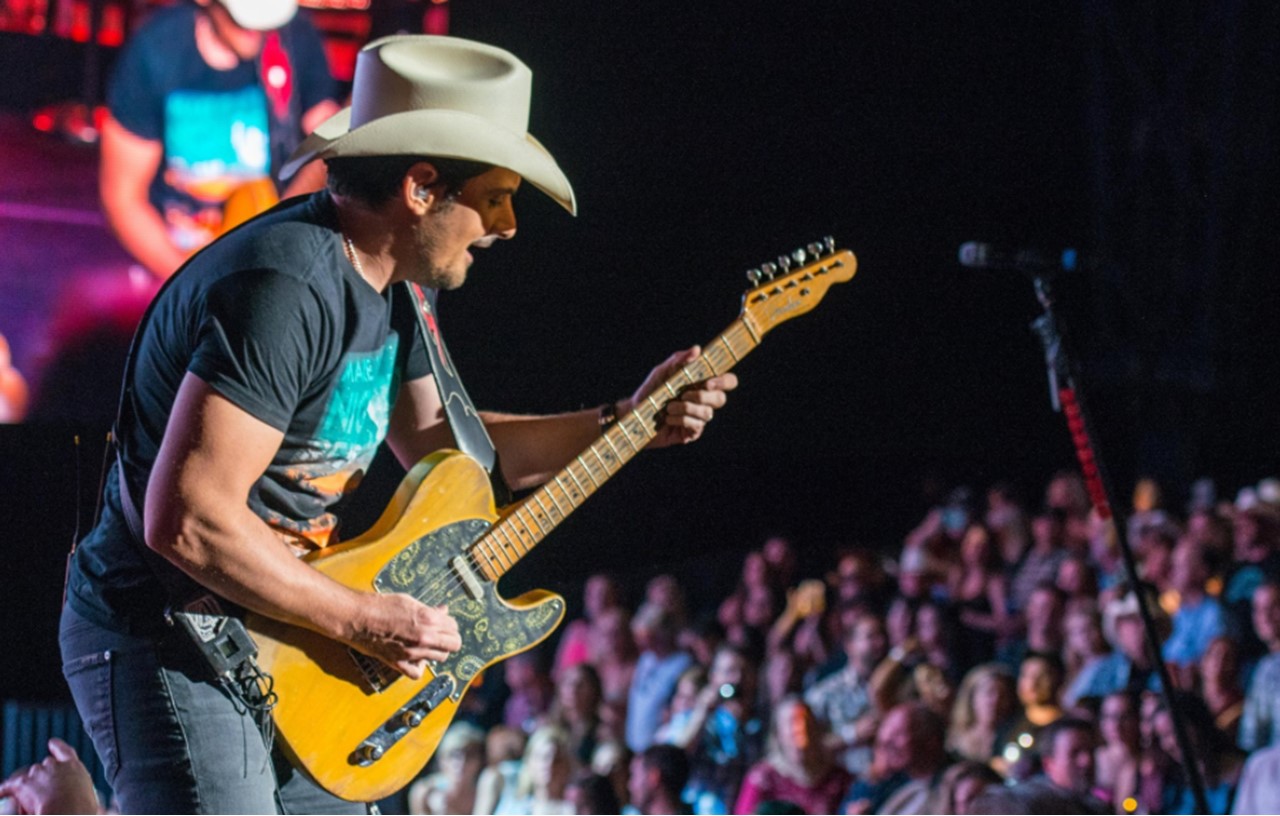 Country music standout Brad Paisley is teaming up with Netflix for a comedy special set to debut later this summer. More details here!

The West Virginia native will also perform during NBC’s annual Macy’s 4th of July Fireworks Spectacular along with country music trio Lady Antebellum and Hailee Steinfeld. The jaw-dropping patriotic display will feature an incredible pyrotechnic spectacle, igniting the skyline with more than 60,000 shells launched from five barges positioned in New York City’s midtown Manhattan. It will be the country’s largest firework display in over a decade and promises to be a must-see show from coast to coast. The broadcast airs Tuesday, July 4 (8-10 p.m. ET/PT) with an hour-long encore presentation at 10 p.m.

On April 28th, Paisley released country music’s first ever visual album Love and War. He also contributed two instrumental tracks for the family-friendly film “Cars 3,” which opened on June 16th. His 2017 “Weekend Warrior World Tour” kicked off on May 18th in Saratoga Springs, New York, and will continue across the country as well as shows in Sweden and Norway this summer.

You are just as classy as the last time I saw y'all!! Thank you San Diego!! #WeekendWarriorTour #Cars3

If you miss out on “Brad Paisley’s Comedy Rodeo,” you can look forward to watching his antics when he returns to co-host the 51st annual CMA Awards alongside Carrie Underwood for the tenth consecutive time. The program is set to air live from the Bridgestone Arena in Nashville on Wednesday, Nov. 8 (8:00-11:00 PM/ET) via the ABC Television Network.

Be sure to share this news with others who love a good laugh!