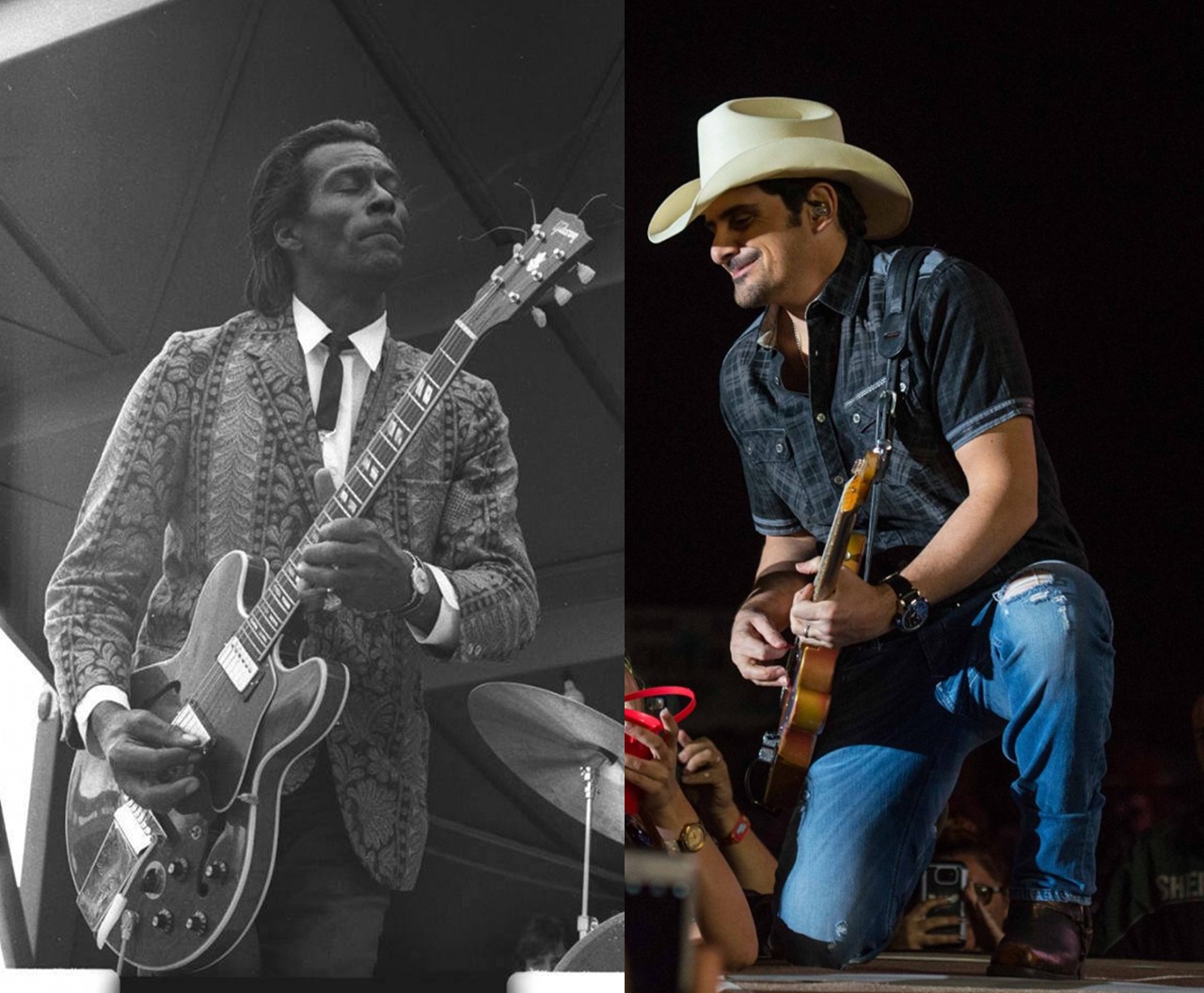 The death of music icon Chuck Berry devastated the The Rock N’ Roll world on Saturday, March 18. The Saint Louis, Missouri native passed peacefully in his home of natural causes. Gone, but never forgotten, this rocker will live on in the hearts of his fans for generations to come.

Chuck Berry was a musical genius. Fellow late rocker John Lennon once said, “if you tried to give rock and roll another name, you might call it Chuck Berry.” Now, generations later, modern country stars like Brad Paisley, Darius Rucker, and Keith Urban tip their caps to the Rock N’ Roll icon.

Song of the day…"Roll Over Beethoven" by Chuck Berry. RIP. Legend isn't a big enough word for you sir!! pic.twitter.com/xHN1IHw0zo

RIP Chuck Berry !!!! Thank you for the poetry, the passion and the potency! GO JOHNNY GO. – KU

Brad Paisley paid tribute to the star with a cover of “Johnny B. Goode” during his set at Runaway Country, a music festival in Kissimmee, Florida. He even showed off his version of Berry’s signature duck walk.

Enjoy a clip of Paisley’s “Johnny B. Goode” cover below.

The Saint Louis, MO native released “Johnny B. Goode” in 1958, and yet it continues to be a favorite of Rock N’ Roll fans everywhere. With this smash hit, Berry worked his way into the Top 10 hit list in the Hot R&B Sides chart and the Billboard Hot 100. The hit even landed him a spot in the Grammy Hall of Fame in 1999. The song appeared in Rolling Stones’ ‘500 Greatest Hits of all Time’ and the Rock and Roll Hall of Fame’s ‘500 Songs That Shaped Rock.’

Kyleah Starling of The Tennesseean sums up the late artist’s impact on country music, “[Chuck Berry] left an immeasurable mark on country’s sound, and several generations of Nashville artists. St. Louis in 1952, he played his share of rhythm & blues – but it was his revved-up take on “hillbilly” songs that took his crowds by surprise.”

Berry’s Grammy Award for Lifetime Achievement and a special place in the Blues and Rock and Roll Halls of Fame are among his other claims to fame. His music will live on forever through these acknowledgements and the many artists whose music he has influenced.