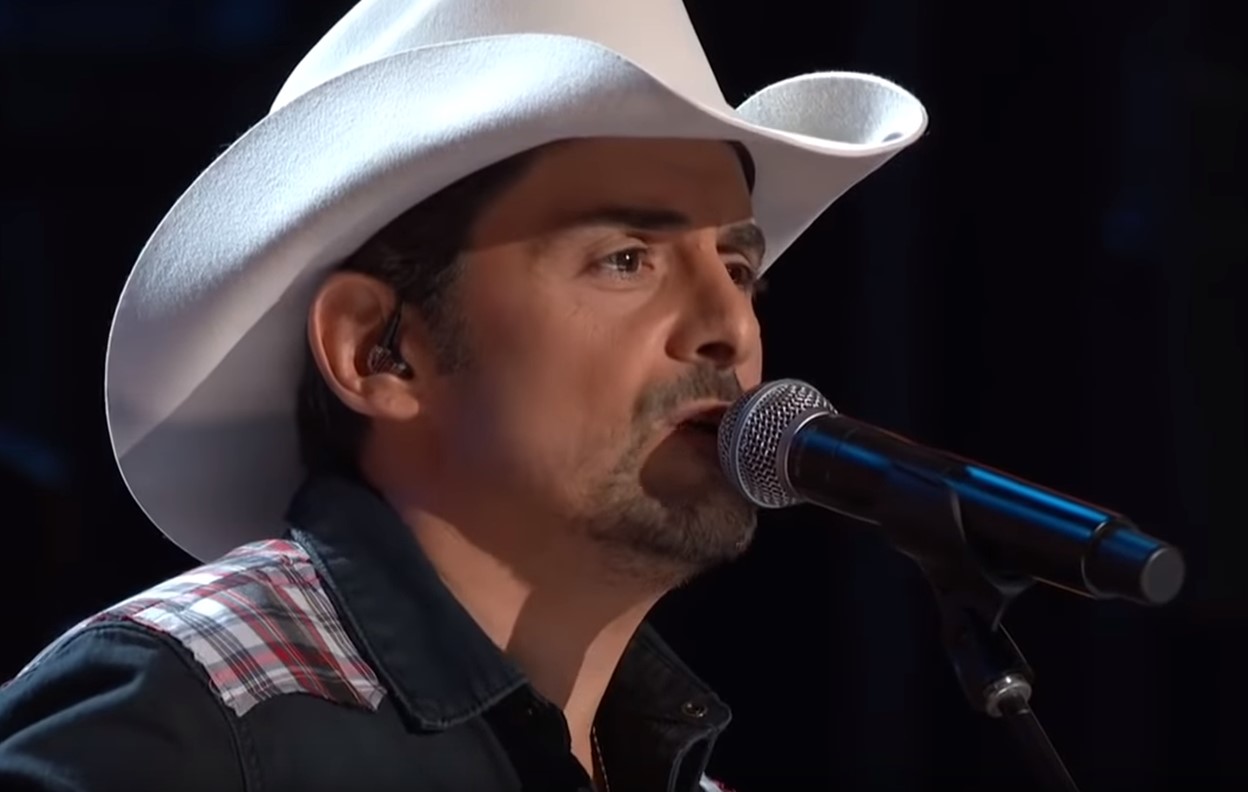 Country music star Brad Paisley's television debut of his new single, “Bucked Off,” occurred during the 2018 CMA Awards! Check it out here!

Country music artist Brad Paisley premiered his new single, “Bucked Off,” during the 2018 CMA Awards! The track was introduced to country radio earlier in the week and is available for streaming now. Paisley describes his new song as “Turbo twang retro-futuristic rockin’ hi-fidelity country music.” Co-written by Paisley, Chris DuBois and Kelley Lovelace, “Bucked Off” is his first collaboration with multiple-award winning producer Dann Huff.

The CMA Awards co-host’s television debut of “Bucked Off” was filled with rodeo cowboys, a fiddle solo, the always epic Paisley shredding on the guitar, and a nod to hero George Strait. Watch the performance below!

It’s been a great ride but here we sit tonight
The look in her eyes says something’s wrong
This ain’t a wild bull, it’s just a bar stool
But it’s all I can do to just hang on
And George Strait’s on the jukebox in the corner Singing about cowboys riding away, but…

You can go to Houston, Vegas or San Antone
And watch a bull rider hit the dirt
Or head down to this bar for a little cover charge
You can watch me get thrown by her
George Strait’s on the jukebox again
Says if I leave now I can still make Cheyenne, but…