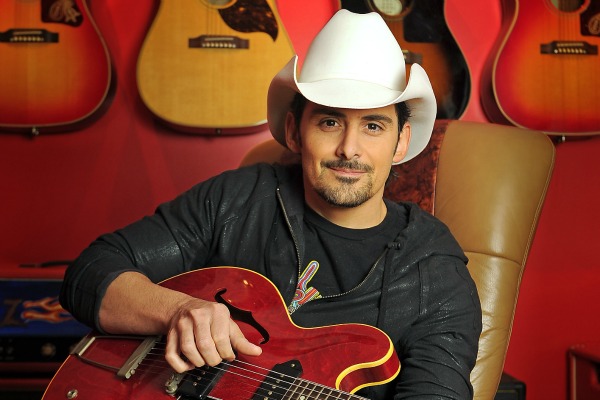 Jimmy Kimmel is taking his talk show to Austin again in 2015 for the annual SXSW music conference.

SXSW veteran Jimmy Kimmel is once again taking his popular show to Austin to be in the middle of all the music, film, and interactive madness. This time he is taking Brad Paisley, among other guests, with him!

Paisley will join Kimmel on the show to hopefully perform selections from his latest album, Moonshine in the Trunk, which he released in August of 2014.

The album has spawned the hit singles “River Bank” and “Perfect Storm,” the latter of which reached No. 1 on Billboard’s US Country Airplay chart. Paisley’s current single is “Crushin’ It.” The singer-songwriter and guitarist will embark on his Crushin’ It world tour on May 15, featuring Justin Moore and hot newcomer Mickey Guyton as his special guests.

SXSW runs March 13-22 in Austin, and a number of country artists will be featured, including Sam Hunt, Cam and Wynonna and the Big Noise. Willie Nelson will also host his fourth annual Heartbreaker Banquet at his ranch just outside of the city.