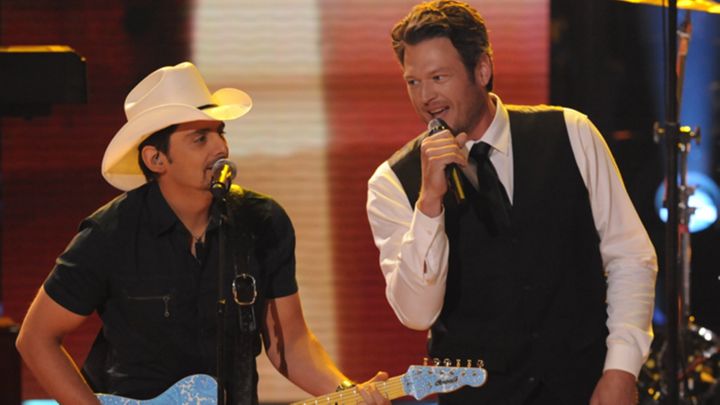 Brad Paisley and Blake Shelton are set to appear in the film "American Saturday Night Live from the Grand Ole Opry."

American Saturday Night Live from the Grand Ole Opry started filming on August 31st and will tell the behind-the-scenes stories of the most famous of country music singers.

“That’s why I’ve been standing out in the parking lot for the past two hours,” he said, introducing “Sangria” as a “song we can all drink to.”

The Grand Ole Opry has always held a magical quality for all country music singers, no matter their level of fame. Paisley admits he was “so excited to be asked.”

“The main goal of my career was to be an Opry member. Once you get that, it becomes so much more than that. It becomes family and friendships and part of your life, really. These people out here from [Opry general manager] Pete [Fisher] to artists like Bill Anderson and Jeannie Seely and the people I associate with these backstage experiences, there’s so many great memories now.”

Now because of this film, fans will be able to see a side of their favorite artists that they have never seen before in the backstage halls of the Grand Ole Opry.

The feature-length film is expected to hit theaters this winter, even as early as December.