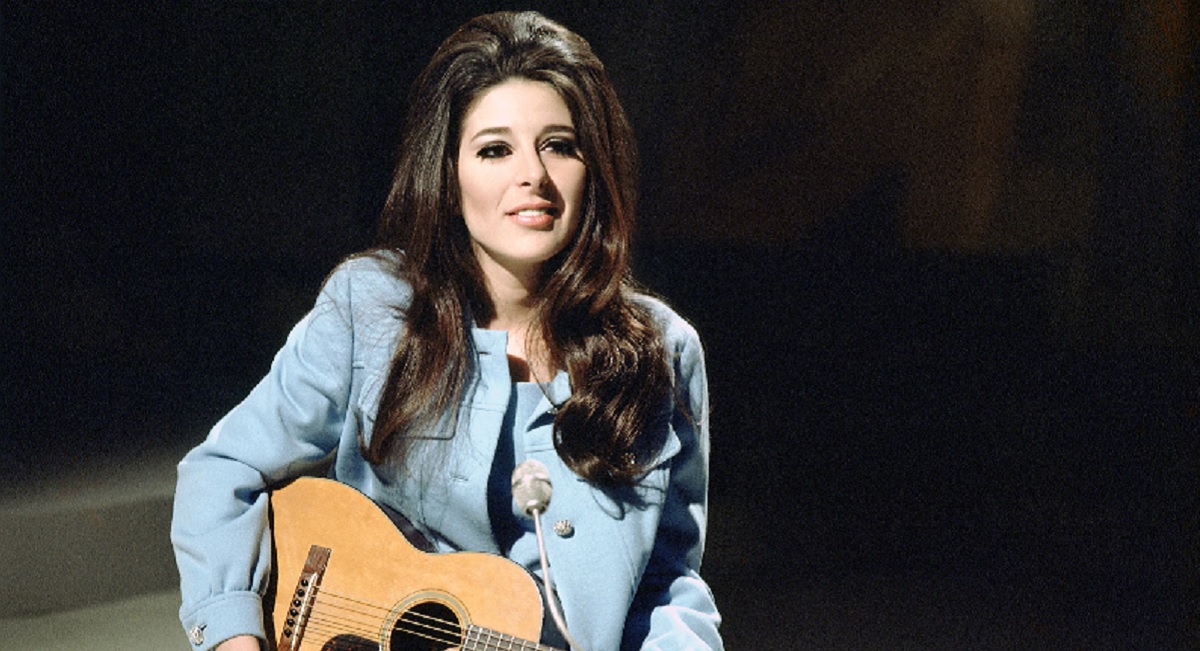 Gentry was born Roberta Lee Streeter on July 27, 1942, near Woodland in Chickasaw County, Mississippi.  After her parents divorced shortly after her birth, her mother moved to California and Gentry was raised on a farm in Chickasaw County, Mississippi by her paternal grandparents. She grew up without electricity or plumbing. Her grandmother traded one of the family’s milk cows for a neighbor’s piano, and at the age of seven, Gentry composed her first song, “My Dog Sergeant Is a Good Dog.” Gentry lived in Greenwood, Mississippi, with her father for a few years and learned to play the guitar and banjo.  The “Ode to Billie Joe” became her most well known song from her career.

Watch Bobbie perform the Ode to Billie Joe and see the written lyrics below.

The “Ode to Billie Joe” was written by Bobbie Gentry.

It was the third of June, another sleepy, dusty Delta day
I was out choppin’ cotton, and my brother was balin’ hay
And at dinner time we stopped and walked back to the house to eat
And mama hollered out the back door, y’all, remember to wipe your feet
And then she said, I got some news this mornin’ from Choctaw Ridge
Today, Billy Joe MacAllister jumped off the Tallahatchie Bridge
And papa said to mama, as he passed around the blackeyed peas
Well, Billy Joe never had a lick of sense; pass the biscuits, please
There’s five more acres in the lower forty I’ve got to plow
And mama said it was shame about Billy Joe, anyhow
Seems like nothin’ ever comes to no good up on Choctaw Ridge
And now Billy Joe MacAllister’s jumped off the Tallahatchie Bridge
And brother said he recollected when he, and Tom, and Billie Joe
Put a frog down my back at the Carroll County picture show
And wasn’t I talkin’ to him after church last Sunday night?
I’ll have another piece-a apple pie; you know, it don’t seem right
I saw him at the sawmill yesterday on Choctaw Ridge
And now ya tell me Billie Joe’s jumped off the Tallahatchie Bridge
And mama said to me, child, what’s happened to your appetite?
I’ve been cookin’ all morning, and you haven’t touched a single bite
That nice young preacher, Brother Taylor, dropped by today
Said he’d be pleased to have dinner on Sunday, oh, by the way
He said he saw a girl that looked a lot like you up on Choctaw Ridge
And she and Billy Joe was throwing somethin’ off the Tallahatchie Bridge
A year has come and gone since we heard the news ’bout Billy Joe
And brother married Becky Thompson; they bought a store in Tupelo
There was a virus going ’round; papa caught it, and he died last spring
And now mama doesn’t seem to want to do much of anything
And me, I spend a lot of time pickin’ flowers up on Choctaw Ridge
And drop them into the muddy water off the Tallahatchie Bridge
Remember to “share” the Bobbie Gentry Ode to Billie Joe performance with other Bobbie Gentry fans!