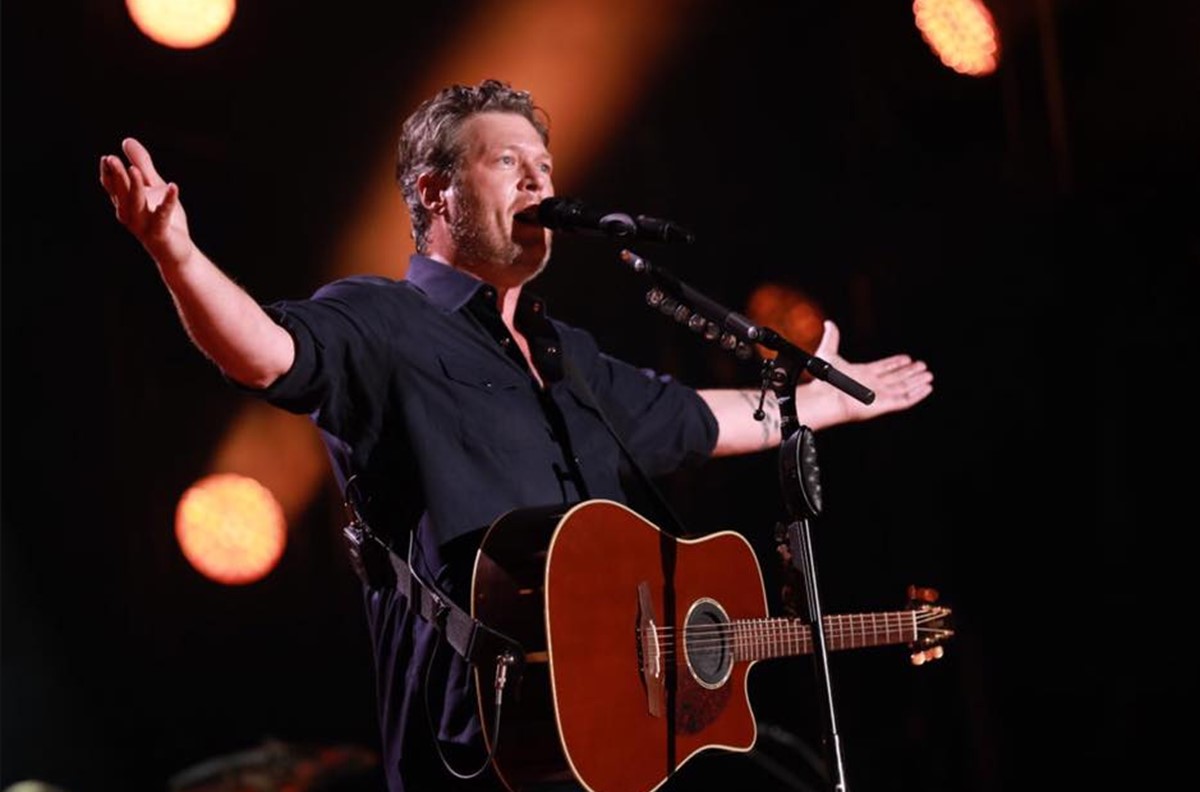 Blake Shelton is ending 2017 with a bang--- his latest album 'Texoma Shore' is due out right before the holidays hit in full-swing. More here!

Country star Blake Shelton finished up his Doing It To Country Songs Tour with rising country starlet RaeLynn on September 16th in Colorado. What’s next for the Oklahoman? A new album due out on November 3rd!

Shelton’s forthcoming album, Texoma Shore, was named after a significant location in his life. “Lake Texoma has always been a place of great memories, new and old,” explained the artist. “I literally recorded this album on its shore so it’s full circle for me to take the love of this place and my love of country music.”

The project’s lead single, “I’ll Name The Dogs,” has proven popular since its impact at country radio. It was the No. 1 most trending video on YouTube from the day of release throughout its first weekend, resulting in the biggest music video launch of Shelton’s career. With over half a million views within 24 hours and 2.1 million first week plays, both the song and the video are earning widespread attention.

Texoma Shore follows in the footsteps of Shelton’s last album, If I’m Honest, which was the best-selling country album released in 2016. That album earned Shelton a number of awards, including Top Country Artist at the Billboard Music Awards in May. Earlier this year he became the first country artist ever to win the all-genre Favorite Album category at the People’s Choice Awards, along with the title for Favorite Male Country Artist.

“When you listen to the record it will go from something traditional to something that will make your head spin back to something even more traditional. That’s just what you can expect from one of my albums,” Shelton shared about the record. “At this point in my career it’s always good for me to try something different, with different sounds, and I think you’ll hear hints of that on this record. I’ve explored about every part of country music you can explore and it seems like I always keep coming back to my roots, which is traditional country music. I love great songs and there are so many talented writers in Nashville, but I do have a song on the album that I wrote and I’m very proud of it.”

Watch the romantic— and surprising— “I’ll Name The Dogs” music video below!

We hope this new album means another tour in support of the record— stay tuned!