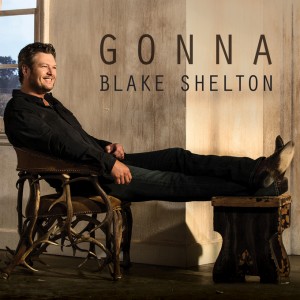 Blake Shelton is getting back in the game by releasing “Gonna”, the fourth single from his 2014 album Bringing Back the Sunshine.

The song was written by Luke Laird and Craig Wiseman and is an uptempo, sexy summer song with catchy and steamy lyrics:

“Love you all night long / ‘Til the cricket starts trippin’ / Girl, I ain’t just flirting, I’m certain / I’m working on a long-term plan / Gonna be your man / Gonna put a little rock steady on your hand.”

There is a little bit of pressure on this song to do well since his last release, “Sangria”, earned him his 20th  #1 hit.

However, it’s still summer and it’s still Shelton’s favorite time of the year, he expects the song to follow his positive vibes.

“My favorite thing about summer is probably the Fourth of July because it brings back so many memories for me,” Shelton says.

“I grew up in Ada, Oklahoma and there was a little park there called Winter Smith Park which seemed enormous to me at the time, but it’s just a little city park with a pond. They shot fireworks at the end of the night after starting early in the morning with turtle races and egg tosses and I mean every kind of community game you could have we had it there. It was just a really big deal to me so I still love Fourth of July.”

Listen to “Gonna” by Blake Shelton below!