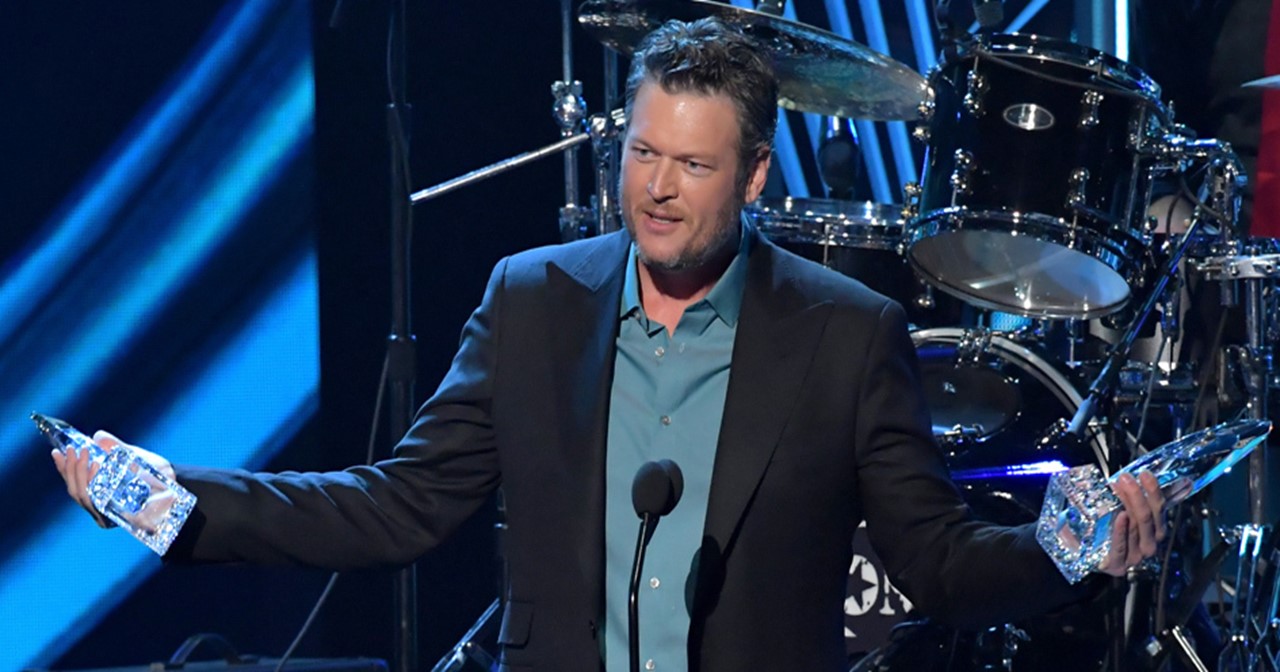 Country music star Blake Shelton, 40, scored two 2017 People’s Choice Awards last night, one for ‘Favorite Male Country Artist’ and the other for ‘Favorite Album.’ He also made history as the first country artist to win ‘Favorite Album,’ he beat out some tough competition from Beyoncé, Rihanna, Drake, and Ariana Grande.

Before receiving his awards, the talented Oklahoman entertained the star-studded audience with a performance of his new single, “Every Time I Hear That Song.” Watch Blake’s humorous acceptance speech below as he gives girlfriend Gwen Stefani some appreciation and jokes about the very country themes of his If I’m Honest album below!

“I know somewhere out there thinkin’ how did he win that, ” Blake quipped during his speech. “This is an album full of drinking and tailgating and to that person I say, ‘You’re damn right it is.’”

Of course, Blake took to Twitter to say ‘thanks’ to his loyal fans.

Favorite Album?!?! Are you freaking kidding me? THANK YOU!! I love y’all!!