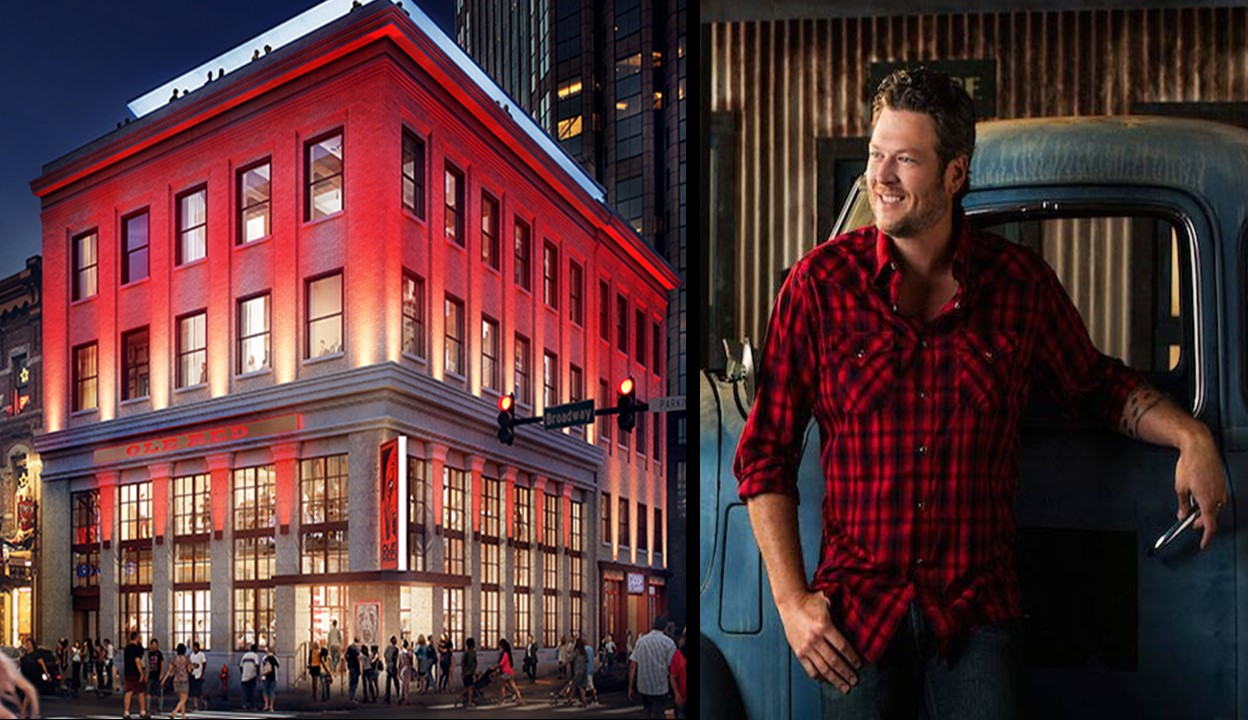 “The Grand Ole Opry is known for connecting fans to the artists and the music they love and that is what the Ole Red brand is all about. Not only is Blake Shelton one of the most popular entertainers of his generation, his performance style and passion for authentic country music have also made him a fixture on the Grand Ole Opry stage since the early days of his career. Ole Red will immerse fans in all the elements of a great country song—with some unexpected twists from Blake along the way, ” said Colin Reed, Ryman Hospitality Properties Chairman and CEO, in a statement.

The multi-level 26,000-square-foot Ole Red Nashville venue is slated to open in 2018. Take a look at the impressive plans during the official reveal below!

It gets even better, Shelton and Ryman Hospitality Properties are also opening up Ole Red Tishomingo in the artist’s home state of Oklahoma in late 2017.

“It’s amazing to me to see a song that’s been such a big part of my career come to life in the plans for Ole Red,” stated Blake Shelton in a press release. “Nashville and Tishomingo are both places that are important to me, and it’s great that each location is going to have its own personality inspired by one of my favorite songs. It’s always been a dream of mine to create something like this where people know they’re going to have a good time as soon as they walk in the door, and I couldn’t be more excited that my friends at the Opry and Ryman Hospitality Properties are making it happen.”

The red-tinged facade is a beacon for good times.