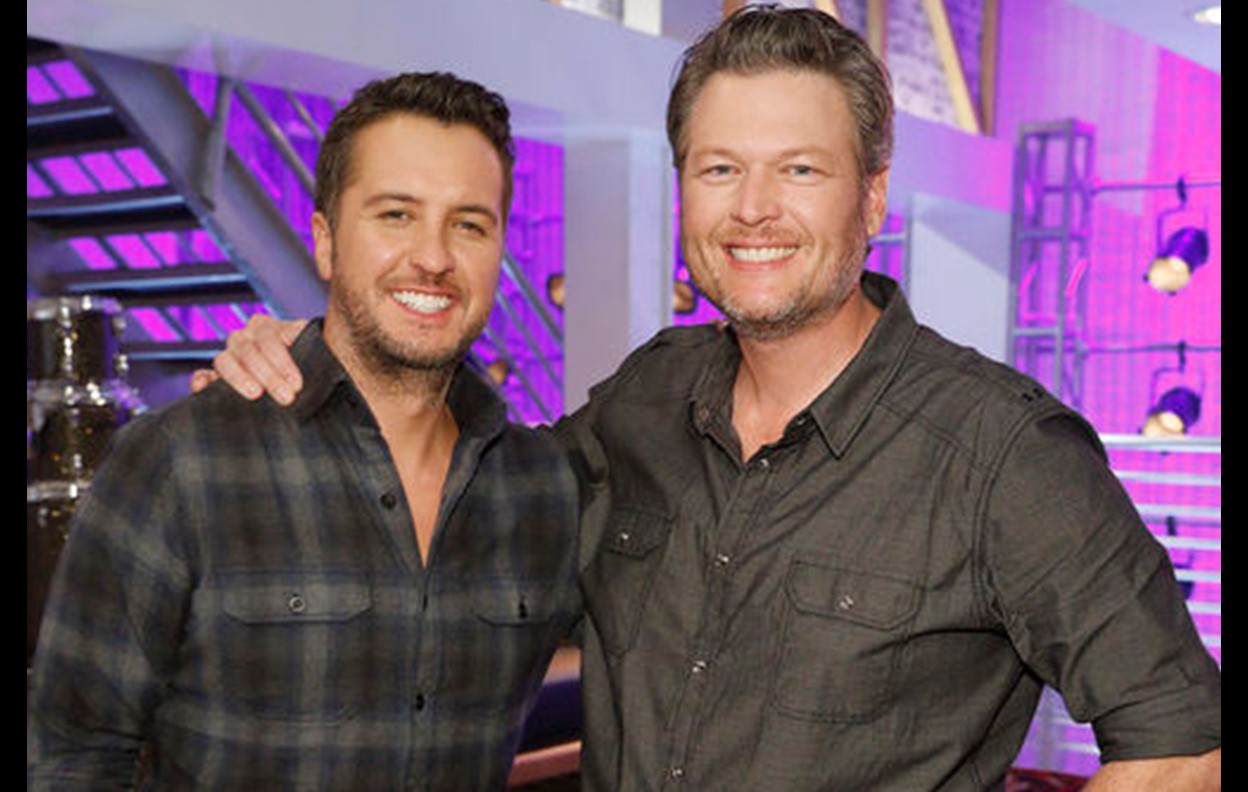 The country music besties are at it again! Blake Shelton and Luke Bryan have found yet another hilarious dispute to bicker back and forth about!

In an interview with ET during the 2018 ACM Awards hoopla, Bryan confessed his desire to officiate his best bud’s future wedding with current girlfriend, Gwen Stefani (if that day comes). Shelton heard about the offer and was not too fond of the idea.

While talking to ET‘s Sophie Schillaci about his wanna-be wedding officiate, Blake got candid about the proposal, “Luke’s not even a legitimate country artist, much less like somebody that can marry people, you know what I’m saying.”

Fun fact– Blake has officiated a few weddings in the past!

“If you want the wedding to be real, maybe you should get, like, a real officiant,” said Kelly Clarkson, adding in her two-cents during the interview. She continued to say, “Because we thought about Blake doing my husband [Blake’s manager Brandon Blackstock] and I but I wanted it to be real.” Oh man, Kelly— that’s harsh. Haha.

Watch Blake and fellow The Voice coach Kelly Clarkson debate the validity of a weddings officiated by Luke and Blake below!

Hilariously enough, Bryan didn’t disagree with Blake and Kelly’s assessment! Once he heard Shelton’s raw reaction to his offer from ET‘s Lauren Zima, the Georgia native just laughed, “You know what, of all the smart– that might be the smartest thing he’s ever done.” Luke continued to say, “If Blake were smart he would marry her before she goes to the optometrist,” Luke added jokingly. “Every time I meet Gwen, she’s holding her phone way out here. I’m like, ‘that’s it, she can’t see!'”

Luke Bryan and Blake Shelton need a comedy show — they are natural together! Though Luke loves to joke, he is a fan of the unique Shelton-Stefani pairing.

The star has even commented in the past on how well Gwen has managed to fit into the country community so well. “I think Gwen enjoys learning a little bit more about us country people!” Bryan said. “But she totally fits in and has a blast.”

Share this update with other fans of these stars!