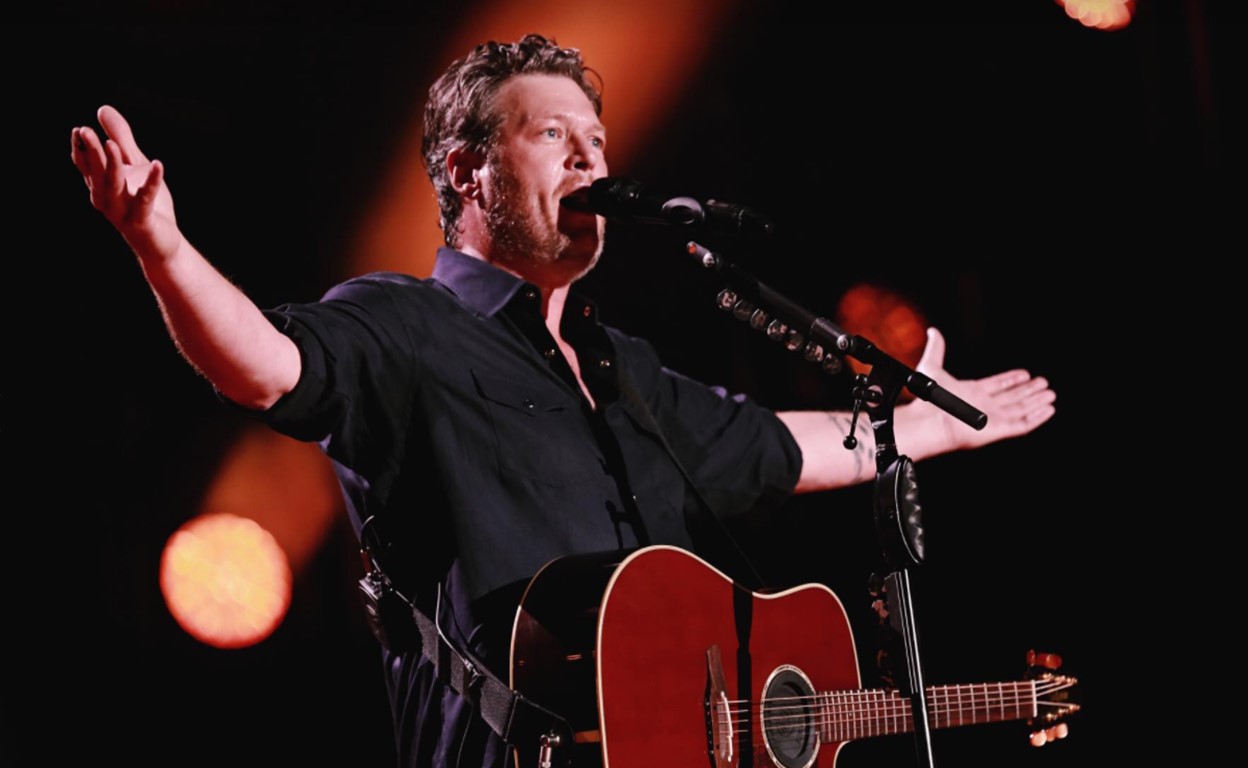 Surprise! Country music superstar Blake Shelton has taken to social media to announce his brand new Blake Shelton (Live) EP, noting, “My favorite thing in the world is playing for y’all.” The project features audio from Shelton’s pop-up show during CMA Music Festival in Nashville this summer and will be available to stream on August 25th. The six-song EP features some of his most popular chart-topping hits, including “Honey Bee,” “Boys ‘Round Here” and, from his most recent album If I’m Honest, “A Guy With A Girl.”

My favorite thing in the world is playing for y'all… we've got six LIVE songs from our surprise set at CMA Fest! Stream it 8/25!!

The 2017 Billboard Music Awards Top Country Artist recently rang in his 24th No. 1 single with “Every Time I Heart That Song” reaching the top of the airplay charts in July. If I’m Honest spawned two additional smash hits and was the best-selling album in U.S. the week of release, ending 2016 as the best-selling country release of the year. In January, Shelton became the first country artist to ever win the all-genre People’s Choice Award for Favorite Album of the Year and was also named Favorite Male Country Artist.

The Oklahoman wrapped his headlining Doing It To Country Songs Tour earlier this year and is currently preparing for his 13th season as a coach on NBC’s The Voice along with Adam Levine, Miley Cyrus, and Jennifer Hudson. As discussed previously, country music trio Rascal Flatts is set to help guide Shelton’s team of hopefuls as advisors. The popular program is set to return September 25th on NBC.

Also of note— According to The Oklahoman, the signs are now up at Blake Shelton’s Ole Red entertainment venue in downtown Tishomingo, Oklahoma. The 5,000-square-foot space will tout an array of food, a bar, live music, and retail space. A soft opening for this Ole Red location is planned for next month, with an official grand opening event to follow. Start planning that road-trip to the Sooner State!

Be sure to share these exciting updates with other loyal Blake Shelton fans!