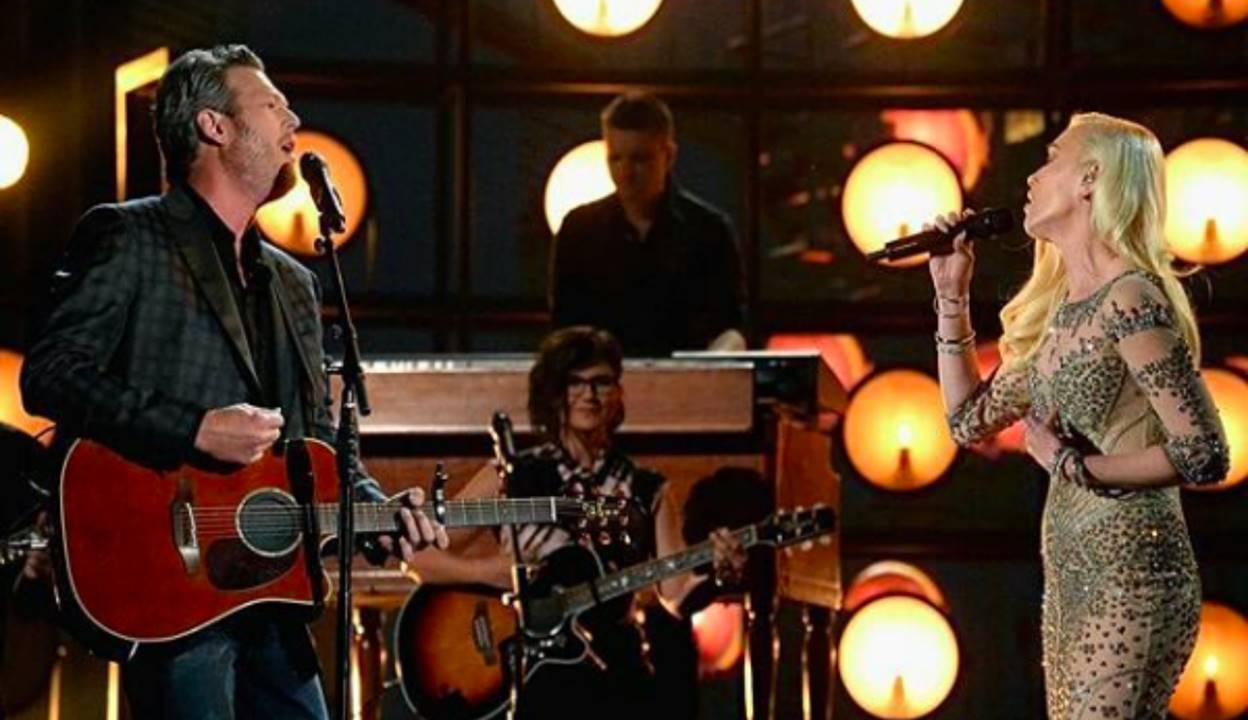 Blake Shelton and Gwen Stefani take their love fest to a huge venue.

Blake Shelton and Gwen Stefani performed their sexy duet, “Go Ahead and Break My Heart” on stage at the Billboard Music Awards last night in Las Vegas. The couple were introduced by fellow country star Thomas Rhett and Fall Out Boy’s Pete Wentz— which makes sense due to the meshing of musical genres occurring with this new coupling.

“Together, they’re a perfect match in real life and on stage,” Rhett stated before the sultry duet began.

Shelton wore a classic in a black suit while Gwen glittered in a body-hugging full-length nude dress. The couple’s chemistry was on full display as they often locked eyes while belting out their tune— ending with a sweet embrace at the end of the song.

This marks the couple’s awards show performance debut and we think we’ll be seeing them performing a lot as a joint unit in the near future. Shelton’s album If I’m Honest dropped on May 20th and features “Go Ahead and Break My Heart” along with other tracks touching upon the Oklahoma native’s turbulent personal life.

Be sure to share this with other fans of this smokin’ hot pair!