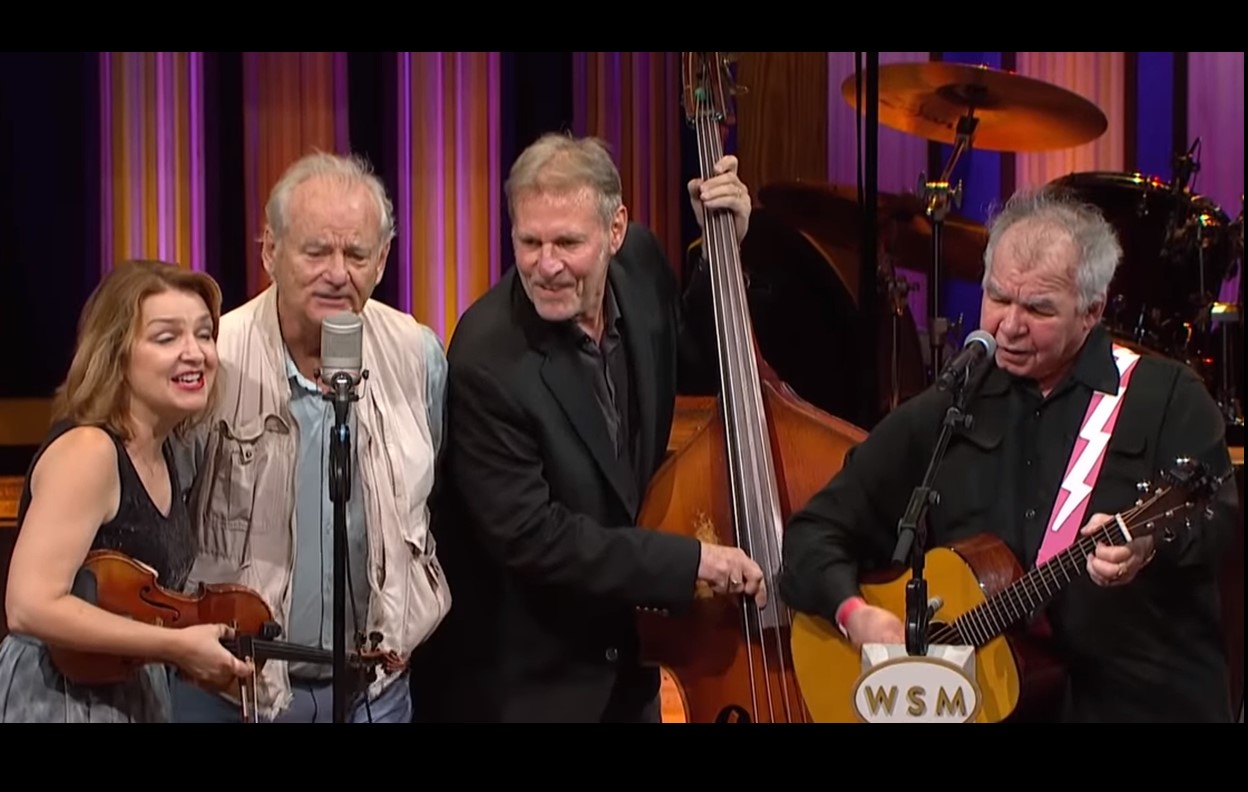 Bill Murray and John Prine crashed the SteelDrivers' set at the Grand Ole Opry and the results are memorable! Watch them perform Prine's "Paradise" here!

Comedic actor Bill Murray has many talents and always seems to be game when it comes to trying new things! On Tuesday, Murray showed up at the Grand Ole Opry during bluegrass band the SteelDrivers’ set. The group had just welcomed surprise guest, John Prine, to the stage when they shared the news that another famous face would be joining them!

Watch Murray, the SteelDrivers, and Prine perform “Paradise” below!

As fans may recall, the SteelDrivers provided four songs for the soundtrack of Murray’s 2009 film Get Low. He’s obviously a big fan.

“This is my first appearance at the Opry,” Murray humorously quipped into the microphone as the audience laughed.

@thesteeldrivers AND @john_prine AND Bill Murray?! This is one #OpryMoment you just HAD to be there for. 😱

When I was a child my family would travel
Down to Western Kentucky where my parents were born
And there’s a backwards old town that’s often remembered
So many times that my memories are worn
And daddy won’t you take me back to Muhlenberg County
Down by the Green River where Paradise lay
Well, I’m sorry my son, but you’re too late in asking
Mister Peabody’s coal train has hauled it away
Well, sometimes we’d travel right down the Green River
To the abandoned old prison down by Airdrie Hill
Where the air smelled like snakes and we’d shoot with our pistols
But empty pop bottles was all we would kill
Then the coal company came with the world’s largest shovel
And they tortured the timber and stripped all the land
Well, they dug for their coal till the land was forsaken
Then they wrote it all down as the progress of man
When I die let my ashes float down the Green River
Let my soul roll on up to the Rochester dam
I’ll be halfway to Heaven with Paradise waitin’
Just five miles away from wherever I am

Share this unexpected collaboration with other country music and bluegrass fans!