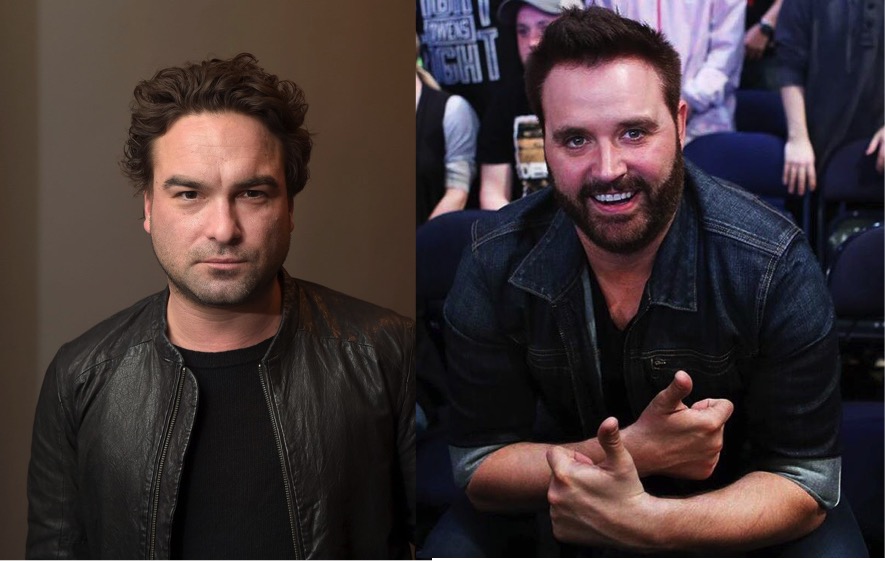 Johnny Galecki, also known as "Leonard" from the popular TV show 'The Big Bang Theory,' recently played drums on stage with Randy Houser. Check it out!

Yep, you read that right! Actor Johnny Galecki, who stars in The Big Bang Theory (and Roseanne in the past), plays drums, too! In fact, he stood in as drummer for Randy Houser‘s sets on June 9th and June 10th. Country fans who saw Houser live on those two nights at Taste of Country Lansing and Taste of Country Buffalo got a surprise when the familiar face walked on stage.

Galecki plays Dr. Leonard Hofstadter on comedic show The Big Bang Theory, and his character is a nerdy scientist. He is also known for his role as David Healy on Roseanne. Though his acting career made him famous, Galecki is clearly a talented drummer as well. He stepped on for one song, but then watched from the sidelines as the original drummer finished out the show. Check out this clip of his time drumming for Houser at the Michigan and New York state shows.

In another clip, Galecki shared the drum kit with Houser’s permanent drummer. They rocked out to a new song called “You Should Be Mine.”

This wasn’t the first time he was introduced to country music. He was also a presenter at the 2017 CMT Awards on June 7th, and he has previously shared the stage with Houser. According to Rolling Stone, the singer and actor previously teamed up to play a free concert in Santa Margarita, Calif., after the Pozo Stampede festival was canceled. The concert was free, but they ended up raising about $18,000 for St. Jude Children’s Research Hospital. They must make a great team!

“I know the fans planned to camp out, have their weekend, and I know what it’s like when plans are canceled and all of a sudden you don’t have something to do,” Houser told the San Luis Obispo Tribune newspaper. “I felt they deserved better than that.”

Houser will also play at Country Jam 2017, which will be held June 15th-18th at the Jam Ranch just outside of Grand Junction, Colo.