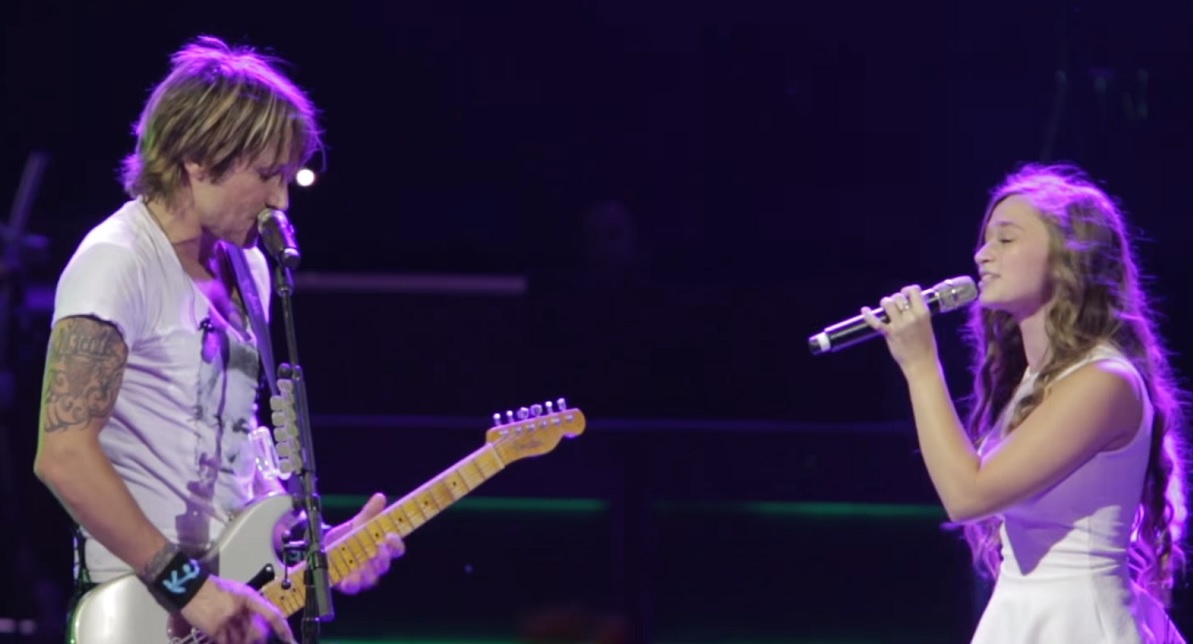 Keith Urban on-stage fan moments happen at many of his global concerts.  Keith has a good heart and he truly enjoys bringing people on-stage and letting them share a moment of fame.   As a father of two girls, he seems to really enjoy finding and inviting young female musicians to join him on-stage.  Keith also reads signs from the crowd and this creates plenty of random fan experiences on-stage.   Enjoy this selection of 5 fan performances that joined Keith on-stage and nailed it!

1.  Young Fan Gets Her Moment in Canada

Keith picked Hailey Benedict and her sister Makenna out of the crowd in Edmonton, AB – and no one saw this coming!

“I wanna say a HUGE THANK U to Hailey Benedict who blew us away tonite!!!!!” – KU

2.  Gracie Shows that She is a Natural

At 17 years old, Gracie Aufderbeck joins Keith on-stage to sing “We Were Us” in Cincinnati, Ohio.  Gracie is relaxed and having fun….nails it!

4.  Ellen Shreds with Keith in Australia

Keith Urban found Ellen Tefanis on Twitter during a Twitter Chat in Sydney. He invited her to play with him for the final show of the RipCORD World Tour in Brisbane, QLD, Australia on December 17, 2016.

Rob Joyce joins Keith on-stage and shocks everyone with his guitar skills.  The kid lives his dream and nails it!

Remember to share this with other Keith Urban fans!