The Story of Bernie and The Believers Will Inspire You [Videos] 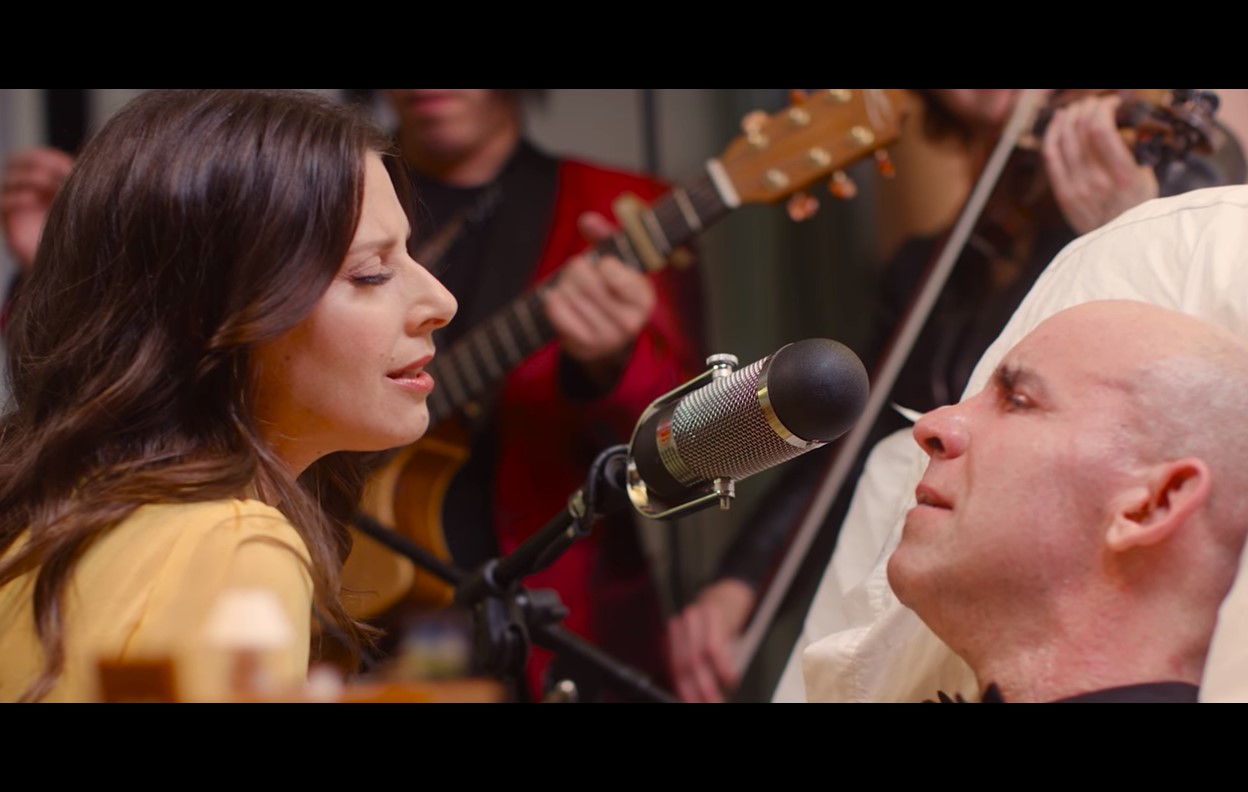 Bernie Dalton was diagnosed with ALS in 2016 and with help from Essence Goldman, he realized his musical dream. More on Bernie and The Believers here!

Bernie Dalton and singer-songwriter Essence Goldman first crossed paths in 2016 when he requested to take voice lessons. The Californian was dedicated to his lessons and building his confidence as a singer. Sadly, after just a few months of vocal sessions, Bernie’s voice mysteriously disappeared.

After more health issues became apparent, Bernie was diagnosed with bulbar-onset ALS, also known as Lou Gehrig’s Disease, the most aggressive form of the disease at 47-years-old. Obviously this news was shocking and devastating to Bernie and his teenage daughter, Nicole.

After receiving this life-altering news in 2017, Bernie wanted to record of the songs he had been writing and have his daughter participate in the process with him. Unable to speak or sing, and with his weakening arms making playing guitar next to impossible, Bernie asked Essence to be his voice and help him put melody and chords to his lyrics in order to bring them to life.

With help from a successful Go Fund Me campaign, the album project was officially kicked off in June 2017. During this time, Bernie quickly went from being able to drive himself to the recording sessions in his pickup truck to losing his ability move any part of his body except for his eyes. Through the use of a computer screen called an “Eye Gaze Device,” Bernie was still able to communicate by typing short phrases with his eyes. After spelling out a word or a phrase, he could then select an option for the computer to speak what he was typing out.

Making this album allowed Bernie to focus on music and creativity instead of on the devastating disease impacting every aspect of his life. This album, along with his daughter Nicole, are his life’s legacy. Bernie’s album, Connection, was released with the band name Bernie and The Believers in February 2018.

“Becoming Bernie’s voice and putting his powerful words to music and melody is the honor of a lifetime. And I’ve realized that if anything had been different with my career in music so far, if I had a hit record sooner, I would not have become a voice teacher, I wouldn’t have placed that ad on Craigslist offering voice lessons, and none of this would have happened. If I hadn’t hadn’t typed in the words ‘voice lessons with essence,’ I would have never met Bernie Dalton,” Essence reflects.

“This journey has finally made me understand the power of music. This collaboration is what life and music are really about. It’s about connection. It’s about having something important to communicate. The power of a song works in unexpected ways, like a wave. That’s what Bernie Dalton has taught me. I may have been his voice teacher, but he has become a life teacher for me. He is a messenger of courage and love. The messenger I didn’t know I was seeking. And he taught me to sing from my heart,” the artist wholeheartedly adds.

Presently, Bernie is living in the hospital and getting the proper home care for him is difficult because his family cannot cover its staggering costs. He wants to be home surrounded by his family and friends, enjoying the time he has left. Another Go Fund Me campaign has been launched to raise funds for his end of life care and can be found here.

Watch Bernie and The Believers perform the song “Unusual Boy” with Essence Goldman below!

If only an unusual boy
Would choose to embrace me
I know that my unusual boy
He could be Mr. Right

Share Bernie’s incredible story with others and let’s work together to get his needs met!

Granger Smith’s Wife, Amber Emily Barlett Smith, also hails from the fine state of Texas. Granger Smith is a country music artist from Dallas, Texas and has been crossing over into mainstream country music for the past...
Country Fancast 19 hrs ago

Country music superstar Jason Aldean and wife Brittany’s son Memphis Aldean just turned 2-years-old and is already very aware of the ladies! Watch the little dude go from playing on the beach with his mom to waving at...
CountryFancast: Country Family 21 hrs ago

Country music star Brett Young‘s baby girl was born on Monday, October 21st in Nashville! The artist and his wife Taylor Mills Young named their first child Presley Elizabeth Young.“Taylor, my wife. You are a...
Country Fancast 21 hrs ago

Lady Antebellum star Hillary Scott’s husband, Chris Tyrrell, got her attention back in 2010 while on tour with Tim McGraw and popped the question not long after they started dating. Their love story has been quite the...
CountryFancast: Relationships 22 hrs ago

Country music star Sam Hunt and wife Hannah Lee Fowler first became an item over ten years ago, around the time Hunt graduated from the University of Alabama at Birmingham in 2007. The pair’s on-and-off-again romance...
Country Fancast 22 hrs ago

Country music superstar Jason Aldean is currently on his We Back Tour with special guests Morgan Wallen, Riley Green, and Dee Jay Silver on the winter leg. In addition to his tour crew, the Georgia native is joined by...
Country Fancast 22 hrs ago