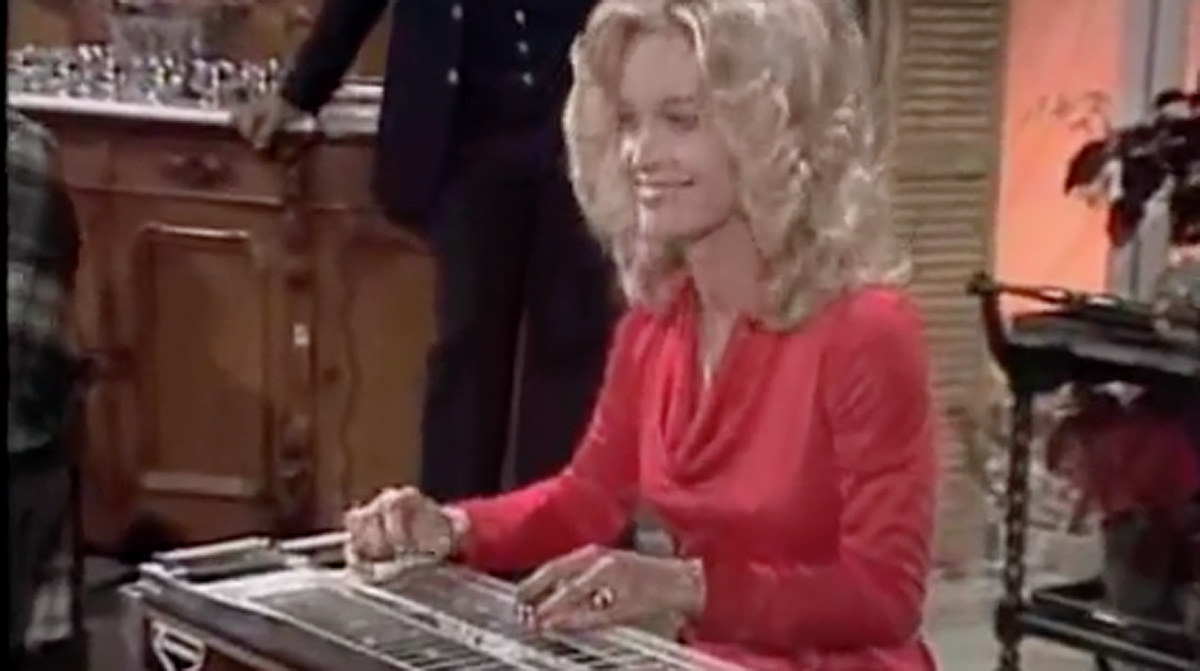 They didn’t call her the “Sweetheart of Steel” for nothing! Barbara Mandrell has a special talent for the steel guitar. Country music icon Patsy Cline once commented that Mandrell was “a 13-year-old blonde doll who plays the steel guitar out of this world! What a show woman!” Johnny Cash played a show with Barbara Mandrell when she, at the tender age of 12, won the audience over with her rendition of “Steel Guitar Rag.” All grown up, she was featured on The Johnny Cash Show to dazzle viewers with this talent.

Barbara Mandrell’s rendition of this riff was played so effortlessly and gracefully, she almost makes it look easy! “Steel Guitar Rag” was originally composed in 1936 by Leon McAuliffe, and was first recorded by Bob Wills and the Texas Playboys. Since then, dozens of musicians have since recorded their own version of the upbeat instrumental.